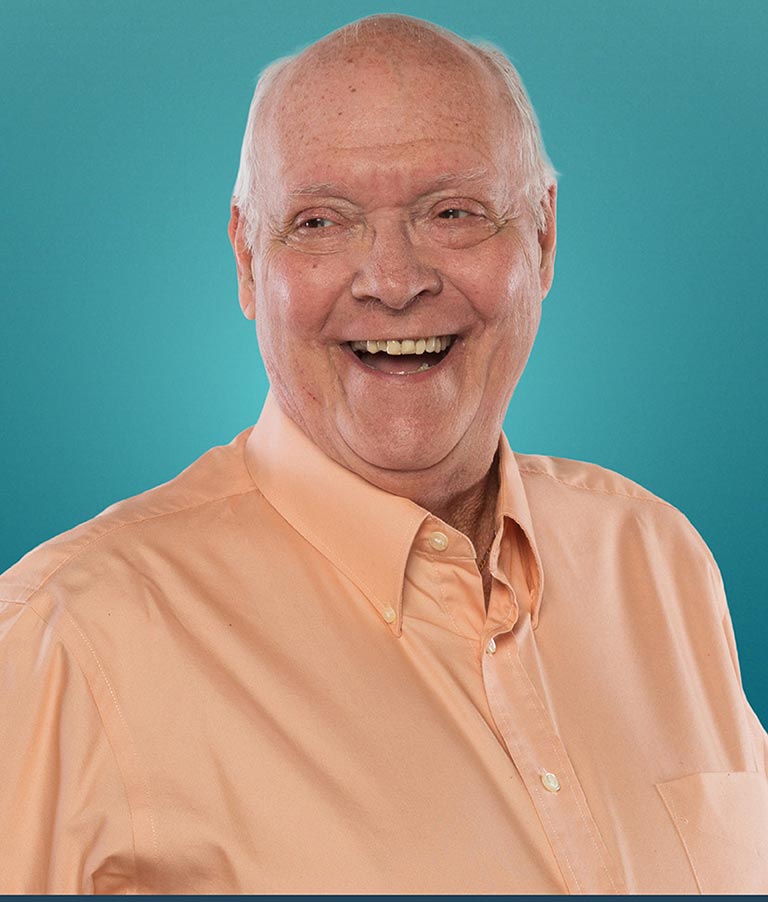 I CHOOSE A PRIMARY CARE PARTNER FOR A LIFE OF WELLNESS.

I CHOOSE A PRIMARY CARE PARTNER FOR A LIFE OF WELLNESS.

With Orlando Health, I’m not just a patient.

Marvin Grimm is a 76-year-old resident of Oviedo who has a positive outlook on life. He likes learning new things, staying active and meeting new people, all of which he gets to do as a part-time Uber driver.

Twice retired as a business manager and entrepreneur, Marvin approaches his healthcare in a practical, take-charge manner – realizing that his health is his responsibility, a lesson he learned when caring for his late wife.

“My wife was ill for one-and-a-half to two years, and she had been with four or five doctors, but they were not with the same healthcare group. The situation got to where I had to sit down with her primary doctor to go over all of the medications she was taking. I wanted to know why she was taking each medication, what were the side effects, and if the drug was processed by the liver or kidneys because she had a compromised liver. When we got done with that list, three of the drugs needed to be processed by the liver. So I realized that if you go to doctors from different groups, nobody is watching out for you. Nobody checks to see what the other doctors have prescribed.”

This lesson motivated Marvin to choose a primary care physician (PCP) to oversee and coordinate his healthcare. He interviewed Dr. Erik Walker, a family medicine physician with Orlando Health Physician Associates, a member of Orlando Health Medical Group, to determine if he would be a good fit as his PCP.

“When I met with him, I told him I’m not interested in all kinds of medications, and if there is a diagnosis, I want to be told about alternative things that we can do before we get into drugs.” Marvin also made known his desire to not have to wait long to see a doctor during a scheduled appointment. Dr. Walker assured Marvin that he would honor his requests. Marvin has been seeing Dr. Walker since 2010. “I have never had to wait longer than five or six minutes to get into see him,” he says. “And if I need to see him apart from my annual visits, I can get into see him either the same day or the next day.”

Having an open and comfortable rapport with his doctors is important to Marvin. “Dr. Walker will tell you exactly what it is, if you have an issue, and he will try to explain it the best he can. If he doesn’t know, he will tell you that and refer you to get it checked out further. He’s very honest and upfront, and I like that.”

Although Marvin maintains a healthy lifestyle through eating right and regular exercise, his semi-annual exams and tests with his PCP over the years uncovered signs of several conditions that required attention. Dr. Walker referred him to other specialists within the Orlando Health Medical Group network when further diagnosis or treatment was necessary.

After a sonogram performed by his cardiologist showed that he had a 60 percent blockage in one of his coronary arteries, Marvin takes a statin medication to keep his cholesterol levels in check. He also controls his hypertension with a low-dose blood pressure medication. A few years ago, after a check-up exam uncovered early signs of cancer, Marvin had lymph node surgery performed by a surgeon recommended by his oncologist, Dr. Daniel Landau. “The surgeon was fantastic. I couldn’t show you the scar because it’s not there.”

Because of the connected network of care within Orlando Health Medical Group, Dr. Walker maintains continual oversight of Marvin’s care as his PCP.

“When I go to my primary care physician, on his computer he has the latest records of any other doctor that I’ve gone to, period — I don’t care how far back it goes, he has it. In fact, when I went to see my primary two months ago, he normally orders blood work before I go, but he saw that two other of my doctors had ordered blood work, so he said there was no point duplicating that. Obviously, that cuts down on duplicate tests I have to go through plus the expenses that my insurance company has to pay, helping to control costs for everybody.”

Marvin’s advice to others when choosing a PCP is to “pick someone who you are comfortable with, and try to engage in a conversation with them that first visit. If you don’t get the answers you’re looking for or if you’re not comfortable, find someone else.”

Coming from a family with longevity, Marvin is looking forward to enjoying many more years ahead. He keeps his brain active by playing word games and learning new things. He’s even thinking about taking some psychology classes, an interest that arose from his interactions with UCF students he has driven in his Uber business.

Check out recent articles from our physicians related to lung cancer and other trending healthcare topics.