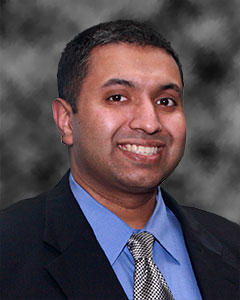 On February 7, 2015, Orlando Mayor Buddy Dyer formally acknowledged the start of Congenital Heart Defect Week. Each year during this time, the American Heart Association and millions of people across the country come together to raise awareness about congenital heart defects, or CHDs.

CHDs are defined as heart conditions present at birth that remain present throughout the lifetime of a patient. They are different from heart conditions that develop over time, such as coronary artery disease or heart disease. CHDs are abnormalities that result when the heart or blood vessels near the heart don't develop normally in the womb. A majority of congenital defect patients will require surgery before their first birthday.

Collectively, CHDs are the number one birth defect worldwide, and current estimates place the number of adult congenital heart defect survivors around 1.8 million. This number will only increase with each generation that benefits from medical and technological advancements. The common cause of these defects is still largely unknown.

A significant aspect of my practice deals with treating adults who are living with CHDs. These individuals can be grouped based on the timing of their CHD diagnosis, as follows:

Infant or childhood detection: These are individuals whose CHDs are identified early in life, either at birth or shortly thereafter. They have a high rate of survival and generally better prognosis. The current movement for infant CHD screening comes from the understanding that if identified at birth, survival is much more likely. Many CHD babies will present with low oxygen saturation rendering them a blue color, called “blue babies”, or they are unable to cry. However, some patients will not present symptoms at all, and will resemble a healthy child. Pulse oximetry screening or EKGs at birth will lead to a higher percentage of detection for these children whose symptoms do not present. The more patients whose conditions are determined at a young age will lead to a reduction in untreated manifestation.

Adulthood detection: A far rarer form of diagnosis comes when an adult patient experiences a cardiac episode, and the condition found is one that is determined to have been present at birth, yet went undiagnosed. An older adult patient presenting heart palpitations may be found to be suffering from untreated Tetralogy of Fallot. The latent presentation often manifests in more serious issues and can be deadly. This is becoming less common as detection methods improve and pediatricians are more aware of these conditions. The majority of individuals who fall into this category are adults born before the turn in philosophy of cardiac treatment.

Advances in detection and treatment have led to much better survival rates for those whose conditions are identified and treated proactively. Prior to the 1950s, congenital heart defect treatment generally consisted of making patients comfortable, and prolonging life as long as possible. Until the advent of the Blalock-Thomas-Taussig shunt, featured in the movie Something the Lord Made, heart patients were by and large expected to expire at an early age. Current success rates are significantly higher, but much of that is dependent upon the type of defect and age of detection.

As improvements are made and the survival rate of treatment increases, the number of CHD patients grows. In the early part of the 20th century, approximately 30% of patients were expected to survive. By the 1980s, that number had increased to approximately 85%. Better survival rates have resulted in a swelling population of adult CHD patients, which grows by an estimated 20,000 people each year. This shift in age demographic is recent, and it has created the need for previously pediatric-exclusive physicians to welcome adult patients into their practices for continued treatment.

The unique challenges of adulthood coupled with congenital heart conditions are numerous. Older treatment methods were associated with many conservative lifestyle philosophies, which prevented intense physical activity or use of certain medications. Many patients were taught to avoid piercings or to take antibiotics when going to the dentist. Though there is always a determination to be made within an individual patient-physician relationship, these recommendations have largely fallen by the wayside.

Adult female congenital heart defect patients carry the additional complication of pregnancy risks. While some patients should be cautioned against pregnancy, others can safely bear a child under the watchful eyes of a cardiologist and high-risk OB/GYN. Still others will not need supervision and will be able to carry on as normal. Innovations in treatment introduce continued teaching points for adult CHD patients.

Congenital Heart Defect Week is the ideal time to discuss the 90% survival rate for CHDs, and what that means for the growing adult population. Adult congenital heart defect support groups, such as the Adult Congenital Heart Defect Association, and adult-specific CHD clinics are still new, but on the rise. The treatment and support innovations provide a unique new landscape, which will only continue to grow.

Information will update every 5 minutes. ER Wait Times are approximate and provided for informational purposes only. Estimated Wait Times as of: Thursday, August 6, 2020 8:50 AM