New Study Shows That Breastfeeding Reduces the Risk of Endometriosis 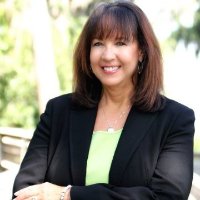 It’s no secret that breastfeeding your newborn has many health benefits for both the baby and the mother. For the baby, nourishing your baby with breast milk for as long as possible, instead of switching to formula or solid foods, helps the baby’s immune system become stronger and reduces the likelihood that stomach viruses, lower respiratory illnesses, meningitis and ear infections will occur. For mom, breastfeeding reduces the risk of developing postmenopausal osteoporosis, as well as the likelihood of heart attacks and obesity.

Recent studies have now shown that breastfeeding also reduces mom’s risk of developing endometriosis, a chronic and often painful condition that is estimated to affect 176 million women around the world and is currently incurable. It occurs when the lining of the uterus starts to grow outside the reproductive organs, including the uterus, ovaries and fallopian tubes. Because there are few modifiable risk factors known, this discovery is important because it represents one of the only potential behavior changes known to reduce the post-pregnancy risk of endometriosis.

How the study was conducted

The study, which was conducted by researchers at Brigham and Women’s Hospital, focused on nearly 3,300 women rel="noopener noreferrer" who were part of the Nurses' Health Study II and had been diagnosed with endometriosis after giving birth to their first child. The research team looked closely at whether these women had breastfed their infants and for how long. Other factors taken into consideration included the point at which they introduced formula or solid food, and how long after delivery it was until their first period.

Researchers discovered that the risk of endometriosis dropped by 8 percent for every three months they continued breastfeeding after each pregnancy. Moreover, their risk dropped by 14 percent for every additional three months of exclusive breastfeeding, with no solid foods, formula or water. The researchers also looked at lifetime risk and found that mothers who breastfeed exclusively for a total period of at least 18 months during their reproductive years are nearly 30 percent less likely to have problems with endometriosis.

There are several misconceptions. For a long time, both doctors and patients assumed that severe pelvic pain, especially during menstruation or intercourse, was a problem that some women simply had to accept and cope with. As the condition started to become understood by the medical community, it was thought at first that endometriosis only affected women in their thirties and forties. This myth emerged because, until the 1960s, the only way it could be accurately diagnosed is through an exploratory procedure called a laparotomy, which required a large incision in the abdomen.

However, because of the medical risks and costs, it was only performed on women who were considered past their child-bearing years. As a result, it was assumed that these were the only women who suffered from endometriosis. In the 1970s and 1980s, doctors started using laparoscopic surgery, which is considered less risky and involves a much smaller incision, to investigate the causes of infertility in women who were in their twenties, lowering the age range thought to be susceptible.

Today it is understood that endometriosis can impact any woman who has started menstruating, which means it can be diagnosed in patients ranging in age from teenagers to women in their fifties. Fortunately, we also know that it’s possible to reduce the risk, simply by doing something that’s proven to be healthy for you and your newborn anyway: breastfeeding.

Information will update every 5 minutes. ER Wait Times are approximate and provided for informational purposes only. Estimated Wait Times as of: Thursday, February 9, 2023 8:48 AM