Measles cases in the U.S. climbed to a 25-year high in April, according to the Centers for Disease Control and Prevention. The 704 confirmed cases of measles so far this year have affected 22 states, including Florida. Although the viral infection was declared “eliminated” from the U.S. in 2000, this year’s rapid spread of measles has become a serious public health concern. Increasing numbers of travelers catch the viral infection abroad and bring it into the U.S., spreading it among pockets of people who are unvaccinated.

Measles is a highly contagious, airborne disease that spreads through coughing and sneezing. Early symptoms include a fever, cough, runny nose, red eyes and a sore throat. As the infection progresses, tiny white spots may appear inside the mouth and a red rash starts on the face and works its way down to the feet. The condition can progress quickly.

Thanks to the measles, mumps and rubella (MMR) vaccine, measles is highly preventable. Vaccinations are a critical tool for preventing the spread of measles, but some Americans still believe the vaccine is dangerous and the disease is not serious.

That’s why it’s important to separate what’s truth from fiction. Here are 10 myths about measles—and the real facts.

Myth # 1: Only children can get measles.

Fact: While adults have a significantly lower risk of contracting measles, in some cases they should still be vaccinated. First off, most adults born before 1957 are considered immune due to having had or been exposed to the measles. But if you were born between 1957 and 1989, and have not had the measles or received 2 doses of the measles vaccine, you should get vaccinated. Why? People born between 1957 and 1989 may only have had one dose of the measles vaccine and may have had one of the earlier, less effective vaccines.

In this case, especially if you are in an area where there are measles cases or are traveling to high-risk areas, you should get a second dose of the MMR. The risk of complications from measles is higher in adults, so older adults who feel they may be at risk should consult their physician.

Myth #2: Everyone should get the measles vaccine.

Fact: Not everyone should receive the MMR vaccine. Babies younger than 6 months cannot be vaccinated. People born before 1957 or who already have had the measles or the measles vaccine series do not need to be vaccinated. Furthermore, patients whose immune systems are not normal or who are on medications that suppress the immune system should not get live virus vaccines like the MMR. Instead, these patients depend upon others to be vaccinated to keep the diseases out of their communities.

Thanks to the measles, mumps and rubella (MMR) vaccine, measles is highly preventable.

Myth #3: There are natural ways to prevent measles, so I don’t need the vaccine.

Fact: There are no natural preventive measures for measles. I can’t stress this enough—vaccinations are the single most effective way to prevent yourself from contracting measles. Some patients are concerned about the MMR vaccine, but that’s because it’s difficult to sift through all the conflicting information out there. The best thing patients can do is read about vaccines on accurate sites such as the CDC website and talk to their doctor.

Fact: This is absolutely not true. This idea may have emerged from the fact that the MMR is given around the first birthday, which is about the same time that the signs of autism become much more obvious and autism is diagnosed. Numerous large studies have failed to show any connection between the MMR vaccine and autism. This allegation has become “old news” and is simply untrue. For a good recounting of the MMR-autism story, I recommend the book, The Panic Virus, by Seth Mnookin. It is a great read and an accurate account of what happened in the false medical science world to create this disinformation.

Myth #5: My child is only a year old, and that’s too young to be vaccinated.

Fact: Most children get their first measles vaccine when they are between 12 and 15 months old. With the current situation, we now recommend that these vaccinations begin at 12 months. If there’s a local outbreak, we even recommend that children as young as 6 months get vaccinated. The potential problem with early immunization is that many babies still have enough antibodies in their bodies from their mothers that the vaccine won’t work effectively. When we vaccinate early in the case of an outbreak, we re-vaccinate at 12 months and again at age 4 to make sure the child is protected. 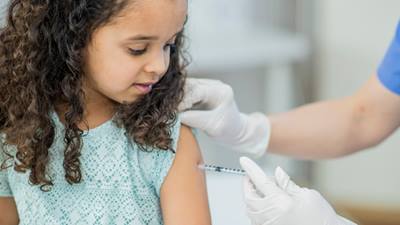 Myth #6: You don’t need to get a “booster” shot if you’ve already received the measles vaccine.

Fact: A “booster” shot isn’t so much a “booster” as it is a fail-safe in case the first vaccine didn’t work. We used to give a second shot of the measles vaccine when a child was between 4 to 6 years old. Currently, due to the outbreak, we do this at age 4. The first dose immunizes about 93 percent of patients, and by the second dose we achieve immunity for more than 97 percent of patients. Meaning, this second dose protects most patients who for some reason didn’t respond to their first vaccine.

Myth #7: You can get the measles multiple times, even if you’ve already had it.

Fact: Not true. Unlike the chicken pox, measles do not come back once your system is cleared of the virus.

Myth #8: Getting the vaccine ensures I won’t get the measles.

Fact: Unfortunately, no vaccine is perfect. After one dose of the MMR, 7 out of 100 children are still not immune. After two doses, about 3 children in 100 still are not immune. This illustrates another reason why we depend upon one another to vaccinate all of our children (and ourselves) so that the disease never has a chance to spread within the community.

Myth #9: I’m at a higher risk of contracting measles if I visit a theme park in Orlando.

Fact: Right now, the biggest risk of contracting measles is living in a community with a high rate of unvaccinated people or traveling to an area of the world where measles rates are high due to low vaccination rates. Measles outbreaks in the U.S. typically start with exposure from an “imported” case. In other words, an infected patient travels to the U.S. with a case of the measles. Measles then works like the “canary in a coal mine” model, traveling easily through the community by infecting literally everyone who is not immune.

Since Orlando is a tourist destination for many international travelers from places with lower immunization rates, we are at risk. But people who already have had the measles vaccine series are personally at very low risk to contract the virus.

Fact: Good hand washing is very important for preventing illness. However, measles is so contagious that even tiny particles with live measles virus stay in the air after a contagious person has left a room. In medical situations, we close the room for at least several hours and sanitize surfaces to prevent the virus from spreading.

The best way to prevent measles is to get vaccinated according to the immunization schedule recommended by the CDC. Remember, measles is a serious illness that could lead to serious complications. If you’re concerned about the vaccine, talk to your doctor, ask questions and get the right information so you can make the best decision to protect your health, your family’s health and that of everyone in our community. 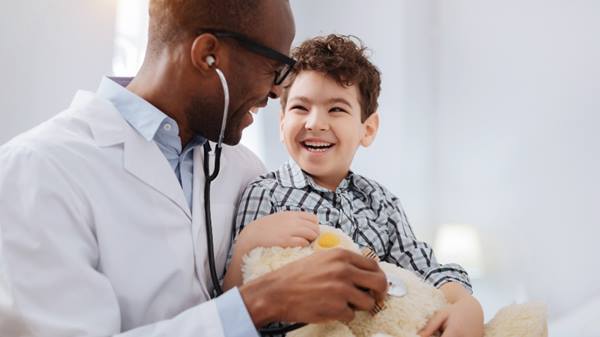 Find a Physician
What Parents Should Know About Measles How Patient and Family Advisory Councils Improve Your Patient Experience Information will update every 5 minutes. ER Wait Times are approximate and provided for informational purposes only. Estimated Wait Times as of: Tuesday, January 19, 2021 5:24 AM