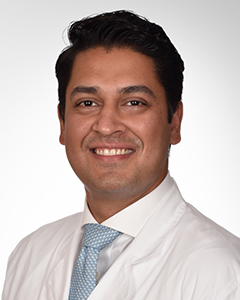 Every year, thousands of people are tragically burned and maimed while setting off fireworks in accidents that often are preventable.

Most of the injuries happen on or near the July Fourth holiday — easily the most active time of the year for fireworks use.

Accidents often are the result of a tragic error in judgment or a lack of supervision, carrying consequences that will follow some victims for the rest of their lives.

It doesn’t have to be that way. With a few common-sense precautions, you can celebrate our nation’s independence and stay safe while doing so.

Hands and fingers were the most frequently injured part of the body, followed by the head, face and ears; eyes; legs; and arms, according to U.S. government data. Burns accounted for about 44% of the injuries, which is not surprising considering a simple sparkler can reach temperatures of 1,200 degrees or more. People between the ages of 25 and 44 had the most injuries, and 71% of the victims were male.

The increase in injuries for 2020 probably had something to do with the pandemic. Many people had been isolated since the spring and were ready to get out and have some fun. But many government-sponsored, professionally run shows were canceled or people weren’t ready for settings with big crowds. As a result, many people bought their own fireworks and put on their own shows.

Fireworks come in many sizes, shapes and functions, from flying bottle rockets to Roman candles to firecrackers.

Handled properly, fireworks generally are safe. Handled improperly, they can lead to devastating injuries, including the loss of eyes, fingers and even hands. Some hand injuries require multiple surgeries and reconstruction just to regain some level of function.

Some of the common mistakes people make when they’re using fireworks include:

How To Stay Safe

You can enjoy fireworks at home if you think about prevention and follow these nine simple, common-sense rules.

The Invisible Scars of Brain Injuries Frozen Shoulder: How To Avoid this Middle-Age Malady Information will update every 5 minutes. ER Wait Times are approximate and provided for informational purposes only. Estimated Wait Times as of: Friday, August 12, 2022 2:21 AM