Are you going nuts over nuts? Why you should include them in your diet 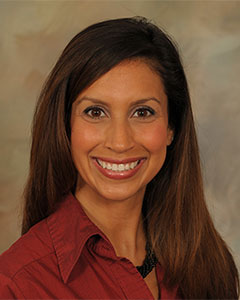 Walnuts, almonds, peanut and cashews - we are going nuts over nuts! And the best part is, they are good for you, too! Two recent studies done by Harvard Medical School have shown positive health effects associated with nut consumption.

Over 119,000 women and men from the Nurses' Health Study and the Health Professionals Follow-up Study were involved. Participants completed a food-frequency questionnaire every two to four years, and were asked to report how often they ate a serving (1 ounce) of nuts over that past year. Participants with a history of cancer, heart disease, or stroke were excluded.

The first study, published in the New England Journal of Medicine, analyzed the correlation between the frequency of eating nuts and mortality, and a significant inverse association for both men and women was noticed. Compared with people who never ate nuts, those who consumed them seven or more times per week reduced their risk of death by 20 percent. Interestingly, when researchers did separate analyses on smokers and non-smokers, heavy and light exercisers, and people with and without diabetes, they saw the same benefit.

The second study published in the British Journal of Cancer included only the women from the Nurses’ Health Study, and examined the association between nut consumption and the risk of developing pancreatic cancer. Independent of other potential risk factors, women who consumed a 1 oz. serving size of nuts two times per week experienced a significantly lower risk of pancreatic cancer when compared with those who largely abstained from nuts.

The PREDIMED study earlier this year set out to examine the association between frequency of nut consumption and mortality in individuals at high cardiovascular risk. The study was done in Spain, a Mediterranean country with a relatively high average nut intake per person, and evaluated 7,216 men and women aged 55 to 80 years. Participants were randomized to one of three interventions - Mediterranean diets supplemented with either nuts or olive oil, and a control diet. Again, compared to non-consumers, subjects consuming nuts greater than three servings per week had a 39 percent lower mortality risk.

Researchers do not know the exact reason why nut intake boosts health. We know that their unsaturated fat, omega-3 fatty acids, vitamins, minerals, and fiber can help reduce cholesterol and inflammation, but research on diets tend to be complicated because it is difficult to single out any one food or nutrient. For instance, if a person tends to eat nuts on a salad, are the benefits coming from the nuts or the salad? In the first study mentioned, it was noted that those who consumed nuts more frequently were leaner, less likely to smoke, more likely to exercise, more likely to use a multivitamin supplement and consumed more fruits and vegetables. Did their overall healthy lifestyle choices influence them to eat nuts more regularly, or vice versa? Was it their nut intake that improved their health, or other factors? Benefits may also come from substituting other unhealthy foods, like potato chips, with nuts as a snack.

The superstar nut: The walnut

More research is required in order to pin point the exact effect that nut intake has on our health. While all nuts are part of a cancer-preventive diet, due to their high amounts of phytochemicals, walnuts have made the American Institute for Cancer Research’s list of Foods that Fight Cancer. They contain gamma-tocopherol (a type of vitamin E), alpha-linolenic acid (a type of omega-3), phytosterols (plant compounds that help lower cholesterol), and melatonin (a hormone and antioxidant). They are also great sources of copper, manganese, and magnesium.

A small handful of nuts are considered about 1 oz., which equals one serving size. They are also easy to include in your diet! Simply add chopped walnuts and slivered almonds to oatmeal or salads, peanuts to stir-fries, or pistachios make a great mid-afternoon snack.

Heart Disease & Gender: How Men and Women Differ
Is CrossFit Safe When You’re Pregnant?
Close
Close
Close
Close
i
If you are experiencing a medical emergency, call 911 immediately.

Information will update every 5 minutes. ER Wait Times are approximate and provided for informational purposes only. Estimated Wait Times as of: Monday, January 20, 2020 5:01 PM