Former First Lady Barbara Bush’s death left many Americans wondering about her two illnesses, COPD and CHF. Although the illnesses may have similarities, they are also very different, and it is helpful to understand them both. 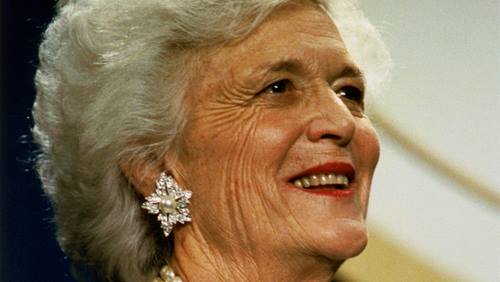 COPD, or chronic obstructive pulmonary disease, is a group of lung diseases that includes emphysema and chronic bronchitis. These diseases are progressive, which means the ability of your lungs to function decreases, and it gets more difficult to breathe. The diseases continue to damage the lungs and the damage is permanent.

Emphysema occurs when the alveoli — air sacs in the lungs — break down and become larger. This makes it more difficult for the lungs to expel air out, so it’s hard to take a deep breath.

Chronic bronchitis occurs when the cilia that typically line the bronchial tubes are damaged. The cilia usually help move mucus up through the bronchial tubes, but when they are damaged, that becomes harder. Since the mucus doesn’t move up as easily, you cough more, which creates more irritation and mucus production, resulting in inflammation. The airway is obstructed, and you will have shortness of breath.

Not all symptoms of breathlessness signal COPD. But common symptoms include:

About 15.7 million Americans have COPD. The number might be higher because the symptoms develop slowly, and people may be unaware they have it. One of the main causes of COPD is smoking (Barbara Bush admitted that she was a heavy smoker for a 25-year period, quitting in 1968), as well as exposure to air pollutants (such as wood fuel), genetic factors and respiratory infections.

Treatment of COPD includes quitting smoking and avoiding tobacco smoke and other pollutants. Continuing to smoke with COPD is a recipe for disaster, says Dr. Rumi Khan, pulmonologist at the Orlando Health Pulmonary and Sleep Medicine Group. “I tell my patients COPD is like a slow, seething bushfire and when we smoke, we pour gasoline on the fire to make it worse.” Other treatments for COPD include using inhalers, steroids and pulmonary rehab — which involves helping patients build lung capacity and improve physical fitness — and providing education to help patients better manage their health.

“There are a lot of new medications which came out over the last three years. These are helping keep COPD in good control." - Dr. Rumi Khan

CHF, or congestive heart failure, occurs when the heart muscle doesn’t pump blood as it should. As a result, you may feel:

Although COPD affects the lungs and CHF affects the heart, the diseases are linked, and developing one disease increases the risk of the other. However, although these are long-term illnesses, there are still many things patients can do to preserve their health and longevity.

Maintaining good nutrition, quitting smoking, limiting exposure to secondhand smoke and other pollutants, participating in a pulmonary rehabilitation program and working closely with your physician are important steps to take to manage these chronic diseases.

“There are a lot of new medications which came out over the last three years. These are helping keep COPD in good control,” Dr. Khan said. “The pulmonary rehab is one of the most effective means of improving COPD patients’ lifestyles, quality of life and breathing,” he added.

Chronic obstructive pulmonary disease (COPD) refers to a group of lung diseases that block airflow and make breathing difficult. COPD can cause coughing with large amounts of mucus, wheezing, shortness of breath, chest tightness and other symptoms.

Information will update every 5 minutes. ER Wait Times are approximate and provided for informational purposes only. Estimated Wait Times as of: Tuesday, June 2, 2020 1:52 PM