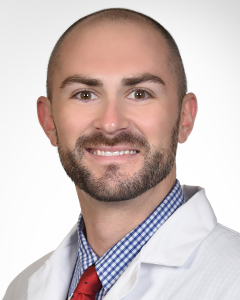 It’s difficult to talk about college or professional football without considering the impact that injuries have upon the lives of athletes. Over the decades, countless careers have been ended prematurely in a sport known for violent collisions.

The game has changed significantly over the years, along with how injuries are handled. Gone are the days when injured athletes would be dosed with morphine and sent back onto the field. Today, there’s a much greater emphasis on caring for the athletes as patients, rather than gladiators.

Advances in sports medicine have made a significant impact, too – reducing the frequency of “career-ending” injuries. And so, it’s tempting to look at back at the abbreviated career of one of the game’s biggest stars and wonder: What if?

At the apex of his NFL career, Bo Jackson was one of the most famous sports figures on the planet. He was the first pro athlete to be named an All-Star in two sports – for the National Football League’s Oakland Raiders and Major League Baseball’s Kansas City Royals.

His four-year football career ended abruptly in 1991 after he suffered a hip injury while being tackled during a playoff game against the Cincinnati Bengals. He was able to continue with his baseball career for a few years – with an artificial hip – but he would never return to his pre-injury form.

What was so bad about Jackson’s injury? His hip dislocation wasn’t the problem. Instead, it was what happened in the aftermath of the injury.

During his recovery, Jackson developed a bone disease called avascular necrosis (AVN). It’s what can happen when the blood supply to the bone is disrupted. When the ball is pulled from the socket, blood vessels are torn or stretched in a way that reduces blood flow.

As bone dies off, it leaves the hip ball with what are essentially potholes. Soon, the cartilage in the joint collapses, creating a bone-on-bone situation that creates significant pain when the hip moves. The only solution at that point is a hip replacement.

No one can say with any certainty whether Jackson’s career could have been extended if he were injured on the field with today’s sports medicine technology there to support him.

But there have been many advances that could have helped him. Key to any injury like this is rapid diagnosis and intervention. Once you get to the point where a hip replacement is needed – even with modern technology – it’s difficult to return to contact sports.

For Jackson, a delay in diagnosing the severity of his injury was a key part of what happened next. Back in the 1990s, it was more likely that doctors would take a wait-and-see approach. It wasn’t until a couple of months after Jackson’s injury that it became clear his career was in jeopardy.

Today, there’s a better understanding of avascular necrosis and how it can come into play following the type of traumatic injuries that can occur in football.

Consider what happened in 2019, when college quarterback Tua Tagovailoa suffered a hip dislocation while playing for the University of Alabama. As was the case with Jackson, the hip was put back into place (reduced) at the stadium. But Tagovailoa was quickly transported by helicopter to a nearby trauma center for further evaluation.  And two days later, he was flown to Houston for surgery. Today, Tagovailoa is the quarterback for the NFL’s Miami Dolphins.

With a sports-related hip dislocation, it’s imperative to determine as quickly as possible what’s happening in the joint. Even if the reduction has been done without any apparent issues, there’s still a chance the joint is damaged.

Among the options available for diagnostics:

Sign Up
Why You Shouldn’t Stop Your Thyroid Medication
I’ve Torn My Rotator Cuff. Can Physical Therapy Fix It? Information will update every 5 minutes. ER Wait Times are approximate and provided for informational purposes only. Estimated Wait Times as of: Friday, September 30, 2022 11:56 PM