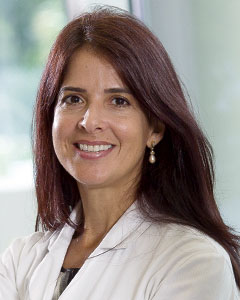 Did you know that heart disease affects men differently than women? It's true. While we all may have the same heart muscle, research has shown over the years that heart disease has a much different effect on women than it does on men. So, what are these differences exactly? Here is a breakdown of several ways that this common condition can affect each gender:

Heart disease has often been thought of as a problem that affects mostly men. However, more women than men die every year of heart disease. Women tend to experience heart disease approximately ten years later than men, and they also tend to have a worse prognosis with heart disease once they've been diagnosed. The risk for stroke and heart failure for women is greater than for coronary artery disease. This is in contrast to what we see in men.

Women usually present with milder symptoms, although chest pressure is still the most common symptom. However, it can be very mild and may be mistaken for minor discomfort. In contrast to men, women can experience more of the following symptoms during a heart attack: shortness of breath, nausea and vomiting, indigestion, fatigue, sweating, dizziness or lightheadedness, and pain in the arm, shoulder, neck, jaw or upper back.

Are there any risk factor differences between women and men that make women predisposed to have a less positive outcome from a heart attack?

Are women at higher risk for complications during heart procedures and heart surgery than men?

Several studies have shown that women have more complications than men during the implantation of pacemakers and defibrillators. These studies have also shown that women get less of these cardiac devices when they need them, as compared to men. After bypass surgery (also called coronary artery bypass surgery – CABG), women have a higher risk of dying prior to being discharged from the hospital, as compared to men.

How can women help prevent and treat heart disease?

Because we need to reduce our risk for heart disease and keep ourselves healthy so that we can continue to care for the ones we love, several large studies have been done over the years, which have led to a unique set of guidelines on how to prevent and treat heart disease in women. For example, these guidelines tell your doctor that if you are 65 years of age or older, you should be taking 81 mg of aspirin daily to reduce your risk for heart disease and stroke.
My Journey Through Post-Partum Depression: Jenn's Story
Are you going nuts over nuts? Why you should include them in your diet
Close
Close
Close
Close
i
If you are experiencing a medical emergency, call 911 immediately.

Information will update every 5 minutes. ER Wait Times are approximate and provided for informational purposes only. Estimated Wait Times as of: Wednesday, January 22, 2020 4:44 PM