The Great Sodium Debate: How Much Salt is Too Much? 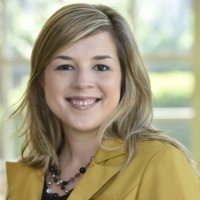 There’s currently a great debate happening over sodium. Some experts say less is better, while others say certain groups need more sodium to avoid a condition called hyponatremia, which occurs when sodium levels in the blood are too low.

The American Heart Association recommends no more than 1,500 milligrams of sodium a day (the equivalent of slightly less than three-quarters of a teaspoon of salt), but some experts say this amount is too restrictive and not realistic.

So, how much salt should be in your diet? That depends on a few factors:

If you’re an athlete, you likely lose a lot of electrolytes when you sweat. Electrolytes are nutrients the body needs to function, and salt is one type of electrolyte (potassium, calcium and magnesium are other examples). When you lose too many electrolytes, this can lead to cramping, dizziness and even hyponatremia if electrolytes aren’t replenished. Adequate hydration is also important. Some people consume an electrolyte replenishing drink like Gatorade when they workout to restore their electrolyte balance, but another way to do this is to add a little bit more salt to your food. For athletes, especially endurance athletes, this is important in order to avoid getting sick because of low sodium levels. Hyponatremia can lead to symptoms like nausea, fainting, headache, fatigue and even a seizure or coma in severe cases.

Be Careful if You Have a Family History of Certain Conditions

If you have a family history of high blood pressure, it is important to watch your sodium intake. About one-third of the world’s population has hypertension. Some people may be more salt sensitive than others, but there is not an easy way to determine salt sensitivity at this time.

High blood pressure increases your risk for stroke and heart disease, so if you have a family history of this condition, talk to your doctor about the best ways to monitor your sodium intake and foods you should avoid.

The average American diet is filled with too much sodium as it stands. The majority of people take in their sodium from processed foods, not necessarily from the salt shaker itself, so adjusting this dietary habit alone can have a positive effect on your sodium intake. Another benefit? If you’re cutting down on processed foods, odds are you’re also cutting down on calories, refined sugar and flour — all of which are beneficial to maintaining a healthy diet and healthy weight.

A restaurant meal can contain a whole day’s worth of sodium, especially at chain restaurants. Cooking at home and using a small amount of salt in your cooking will be much less harmful than a restaurant meal that can potentially be very high in sodium, in addition to high in calories and fat. It’s always a better option when you have the control over what you put on your food. Being realistic with yourself and focusing on foods that provide more nutritional value — like whole grains, fruits and vegetables — is the best approach.

The body does need sodium, so it isn’t necessary to dramatically cut down on salt, especially if you already have a healthy diet. Sodium is necessary to maintain fluid balance in the body and is vital to muscle and nerve function, so try to stick to between 1,500 and 2,300 milligrams a day.

Information will update every 5 minutes. ER Wait Times are approximate and provided for informational purposes only. Estimated Wait Times as of: Wednesday, November 25, 2020 4:20 PM