How the Lungs Heal After Quitting Smoking 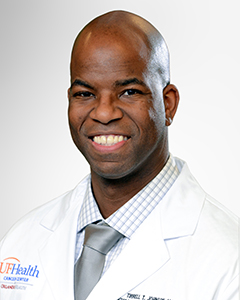 Smoking is the top cause of preventable death globally, causing more than 450,000 deaths every year from firsthand and secondhand smoke.

We all understand the dangers of smoking to lung health, but we don’t often discuss how exactly the lungs heal after someone quits smoking.

No matter how long you’ve smoked, quitting at any time can have positive effects for your lungs and your overall health. About tried to quit in 2015, and millions of Americans make the same attempt every year. If you’re one of them, here’s how quitting will help your lung health.

The Benefits of Quitting Smoking

On average, about 4.5 percent of Americans quit smoking annually, but as of 2015 smoking cessation rates increased to 5.6 percent, indicating more people are trying to make a positive change for their health.

Quitting is so beneficial because cigarettes contain more than 4,800 toxic chemicals, most of which produce harmful effects in the lungs and airways.

When you stop smoking, the lungs begin to heal immediately. Carbon monoxide gradually leaves the bloodstream, which helps to alleviate symptoms like shortness of breath. Smoking also inflames the lining of the airways, but when you quit, you no longer inhale all the toxic substances that irritate the airways, which allows them to begin healing.

Quitting also reactivates the lung’s cilia, small hair-like structures on the cell’s surface that move mucus and bacteria to the back of the throat, where these substances are swallowed. This helps the body get rid of mucus and clears the lungs.

Within the first month after you quit smoking, your lung function will improve, and this will increase circulation, too. Within nine months, the cilia begin to function normally and symptoms like coughing and shortness of breath become less frequent. Within a decade of being smoke-free, your risk of bladder, kidney, lung, mouth and throat cancer is significantly lower, indicating that the longer someone goes without a cigarette, the better it is for their long-term health.

However, smoking has serious health consequences, some of which aren't reversible even after you quit. For example, emphysema, a condition that causes inflammation, narrowing and swelling of the airways, can lead to lasting changes to the airways that permanently affect lung function.

If you plan to quit smoking, take steps now to adequately detox your lungs. Drink more water to help the body rid itself of toxins and other carcinogens. Change your diet, consume less salt and sugar and increase your intake of nutrient-rich foods that will help your body grow new, healthy tissues. Also consider increasing your level of physical activity. Yoga, in particular, is a good option because you’ll learn breathing techniques that open up the lungs.

Even if you’ve tried several times before to stop smoking, it’s never, ever too late to quit. Even within a day of quitting, your lung health and blood pressure will improve. Continuing to stay smoke-free will help you avoid symptoms like shortness of breath, coughing and conditions like emphysema and lung cancer that dramatically reduce your quality of life or could lead to early death.

Your lungs are a vital organ, and every puff of a cigarette affects their function. Quitting will noticeably improve your lung health, so get help today and find out about smoking cessation programs and resources in your local area. Stopping this habit takes time, so extra support could help you quit and remain smoke-free permanently.

Are you interested in learning more about Orlando Health's Lung Cancer Screening?

When caught early, lung cancer may respond well to treatment. We offer a combination of surgery, chemotherapy, radiation, and palliative care, depending on the type and progression of your lung cancer.

Information will update every 5 minutes. ER Wait Times are approximate and provided for informational purposes only. Estimated Wait Times as of: Sunday, January 16, 2022 4:43 AM