Is it a Migraine or a Stroke? 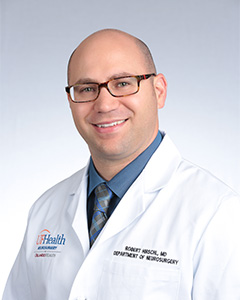 These two conditions are very different, but some of their symptoms overlap. Stroke and migraine both involve changes in the brain, which also makes it challenging for people to know what treatment they should seek and when. In the case of stroke, getting immediate treatment could be the difference between life and death, so it’s critical for people to understand how to distinguish their symptoms.

A migraine is a neurological disease characterized by ongoing painful headaches.

There are two main types of migraines: migraines with aura and migraines without aura. A migraine with aura involves sensory and visual issues, such as sensitivity to light and sound. These symptoms usually occur  right before the onset of a migraine. Between 20 to 25 percent of migraine sufferers experience migraine with aura. However, aura symptoms often resemble the symptoms of a stroke. Some research studies also have indicated that women who have migraines with aura are up to three times as likely to have a stroke in the future compared to non-migraine sufferers. All of this can make it more difficult for someone who experiences migraines to identify if they’re having a stroke. If you have significant risk factors for stroke like being overweight or obese, smoking or high blood pressure, it’s even more important to understand when the symptoms you experience are more than a migraine.

Though these conditions share some symptoms in common, the main difference between a stroke and a migraine is that a stroke occurs suddenly without any advanced signs, while migraines are ongoing and can occur several times a month. People with chronic migraines will experience these headaches at least 15 times a month, while most people will get these headaches one to two times a month. However, three out of four strokes occur in people who have never had this condition before.

Another key difference is that migraines usually are accompanied by pain, while most strokes aren’t. However, hemorrhagic strokes that involve bleeding in the brain or arterial tears can be painful, so again it can be challenging to parse these symptoms in migraine sufferers who may be having a stroke. Also, weakness or numbness on one side of the body are more common in stroke, as is facial drooping, so if you experience all of these symptoms together it may indicate that you need immediate medical attention.

Also pay attention to changes in your environment or behavior patterns. Certain things can trigger a migraine, including hormonal changes, menstrual cycles, stress and lack of sleep, so if you notice an onset of symptoms after these events, it could be a migraine.

It’s important for people who suffer from migraines to understand their family history, as well. If you have a family history of stroke and the symptoms you experience are very different from previous migraines, then it’s best to seek immediate medical attention. This is because the first 60 minutes after someone has a stroke can make all the difference to their health outcome. Stroke is one of the most debilitating conditions anyone can experience. It’s also the fifth leading cause of death in the country, so it’s critical that those who suffer from migraines pay attention to their symptoms and keep the following acronym in mind: FAST, which stands for face drooping, arm weakness, speech difficulty, time to call 911. If you have any of these three symptoms, it’s better to be safe rather than sorry and head to the emergency room. If it’s only a migraine, then you’ll likely be given medication and sent home to rest, but if it is a stroke, timely treatment may just save your life. 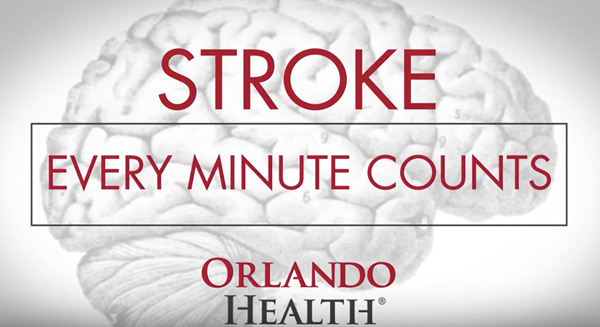 Most strokes involve a clot that blocks blood flow to your brain (ischemic stroke). Sometimes, a weakened blood vessel breaks, causing bleeding (hemorrhagic stroke). A temporary clot can cause a “mini stroke” or TIA (transient ischemic attack). The smallest stroke can damage your brain or warn of a bigger stroke to come. It can limit your ability to think, talk or move. If you see symptoms, call 911 right away.

Information will update every 5 minutes. ER Wait Times are approximate and provided for informational purposes only. Estimated Wait Times as of: Friday, February 3, 2023 5:48 AM