Linda McKenzie is all those things, and more. An R&B and gospel singer who traveled the country with her college trio, today the Oviedo woman shares her own compositions on YouTube. And at 65, she found herself taking on an unexpected role: bride.

McKenzie had been married for more than 32 years to her first husband, the Rev. Warren G. McKenzie, “a wonderful man” with whom she raised a son and daughter. Partners in heart and mind, they co-pastored several churches over the years. Linda was always the worship leader, the person who guides a congregation musically.

When her husband died suddenly of a heart attack in late 2006, she had “kind of a tough time” finding her way, she says. As always, music was her solace. A jazz lover, she began attending shows at an Orlando dinner club and became friendly with some of the session musicians, occasionally performing with them. Through them, she met another music lover, Bill Pierce, a photographer who had been Aretha Franklin’s personal shooter. A friendship soon sprang up.

“He would put things on Facebook like, ‘I’ve got tickets to Anita Baker. Anybody want to go?’ and I would think, ‘Me! Me!’” she recalls with a laugh. They began dating in 2018.

I looked at my husband-to-be and said, ‘You don’t have to marry me. This is going to be a long journey.’ – Linda McKenzie

By the summer of 2019, they were planning their wedding. At what should have been a fun session with their DJ just a week before the big event, McKenzie stepped out to take a call. She returned in tears, and soon everyone in the room was crying. McKenzie had received word that a lump in her breast was cancer.

“I looked at my husband-to-be and said, ‘You don’t have to marry me. This is going to be a long journey,’” McKenzie says. A hospital chaplain herself, she knew the worst. “I gave him that chance to step aside. And he said, ‘No, I want to be with you,’ so that’s how our journey began.”

McKenzie was determined that the wedding would go on as planned.

“I made a decision that day that everything would stay on track,” she says, mentally willing herself to ignore the diagnosis.

Her first surgery would be just 31 days after she and her new husband returned from their honeymoon. But thanks to her early diagnosis and significant advancements in breast cancer treatment, she would have far more options than she imagined.

“I had never skipped an annual mammogram,” McKenzie says. “That’s how we found it.”

That diligence probably saved her life, and definitely gave her choices. To start, she could choose between a lumpectomy, which usually includes radiation or chemo, or a single or double mastectomy, which today does not necessarily require either.

She chose the double mastectomy.

“I didn’t want the cancer to show up again in my body,” she says. Instead of radiation or chemo, she will take a daily dose of Letrozole for 10 years, to suppress enzymes and hormones that might encourage cancers to grow.

McKenzie was relieved to know her options in advance. At Orlando Health, a team of oncologists, plastic surgeons, microsurgeons, therapists, clinical nurses, navigators, radiologists, pathologists and counselors all contributed to her plan of action.

“Each patient we see, we take into account their specific details, for example what kind of cancer they have, the stage of their disease” and genetic factors, says Dr. Ana Cuesta Fernandez, McKenzie’s medical oncologist, who focuses on breast cancer at Orlando Health Cancer Institute. “If the stage is lower, then usually the prognosis is better. That’s why screening is so important.”

Before she could progress to reconstruction, McKenzie had another hurdle. Her cancer had spread to a lymph node, so dozens were removed as a precaution. In such patients, lymphedema can occur, causing fluid to back up painfully in swollen limbs that have lost the nodes that once drained them.

“Imagine a system that travels like rivers from fingers to armpit,’ says plastic and reconstructive surgeon Dr. Richard Klein of the Orlando Health Aesthetic and Reconstructive Surgery Institute. “Some have individual channels that drain the hand. Other channels drain the elbow. All connect at the armpit. In some patients, those are interconnected, like a river with tributaries — when those little channels are cauterized, you’ve dammed up the river.”

Dr. Klein is a pioneer in Vascularized Lymph Node Transfer, a relatively new procedure in which lymph nodes are transplanted from other parts of the body — in McKenzie’s case, the lower abdomen — to reopen those channels. “If they grow, and they will, the idea is they will connect to those channels and start draining the arm,” Dr. Klein says.

“What’s very surprising is that there’s such a lack of knowledge even among physicians about the lymph node,” he adds. VLNT “is not something every hospital does. You have to have plastic surgeons with microsurgery experience, lymph experience and a team approach.”

In the summer of 2020, McKenzie learned she was not a good candidate for implants. But the team made her aware of another solution: DIEP flap surgery — for deep inferior epigastric perforators — in which tissue, nerves and blood vessels from the abdomen are used to sculpt new breasts that are 100 percent natural, and 100 percent Linda McKenzie.

During the mastectomy, a pocket is created using a tissue expander. Eventually the flap fits into that pocket, creating a natural-looking breast that is living tissue. The procedure is “a little harder on the front end than implants, but long-term, some patients are more satisfied,” says Dr. James Mayo, a reconstructive plastic surgeon specializing in microsurgery at the institute, who took the lead on McKenzie’s reconstructive work.

If a patient is very thin or very young, an implant — a relatively quick surgery with a shorter recovery — might be best. With radiation, the DIEP flap can be better. Some choose implants now and a flap later.

“It’s all about finding out who they are and finding out about their cancer, so they can make the right choice,” Dr. Mayo says.

Nearly two years later, McKenzie is still amazed by the process, and the outcome.

“Who would dream you have extra lymph nodes? Who would think you could take your own belly fat and make gorgeous boobs? It’s a miracle,” she says.

“We’re not only curing the cancer,” say Dr. Cuesta. “We’re helping the patient live the rest of their lives comfortable with their bodies and themselves.

McKenzie credits her faith as well as her doctors for seeing her through and says her experience has “100 percent” affected how she ministers as a chaplain.

“When you walk through your own journeys — death and grief, losing my husband, cancer — it helps me be a testimony. I know there will be people to whom I’m going to be able to say, ‘You’re going to make it,’ because I’ve walked through those things myself. I want to share my story because I’m so grateful for the care that I was given.” 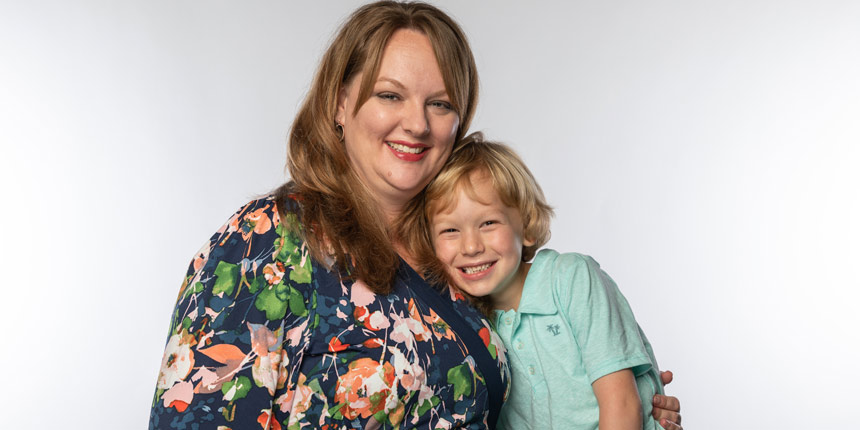 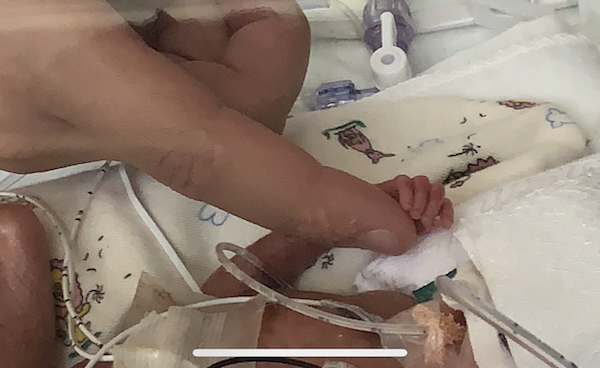 Micropremie is Tiniest Baby to Ever Graduate from NICU

Information will update every 5 minutes. ER Wait Times are approximate and provided for informational purposes only. Estimated Wait Times as of: Thursday, May 19, 2022 4:12 AM