For young athletes, the aftermath of a concussion can be serious and long-term, yet 69 percent of athletes with a possible concussion have played with concussion symptoms. And, because they have not fully recovered their balance, vision or mental acuity, they may be more susceptible to another concussion or a muscle or joint injury.

What Causes a Concussion?

When the brain is damaged, it uses extra energy to repair itself. Even as it does that, it also must take care of running the body’s other systems. Symptoms of a concussion can last during this process.

Symptoms and signs of a concussion may include:

Long-term effects of concussions can vary. Although most young athletes recover from concussions, even with a single event, it is possible for a person to have prolonged symptoms such as concentration and memory problems. 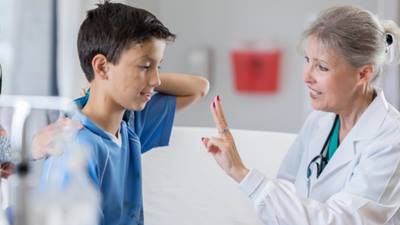 Just a few years ago, when a young athlete had a concussion, they were prescribed “cognitive rest” to let the brain heal. That meant no school, no reading, no activity and no screen time on any devices. But now, we’ve learned this unintentional isolation can worsen symptoms. Instead, doctors recommend a more active recovery process. On the physical side, a young athlete might not return to the field, but they can do some light aerobic activity to keep blood circulating and nutrients going to the brain.

Instead of waking a child every hour to check on their symptoms, doctors recommend letting them sleep to improve recovery.

If a child had a concussion, they were once told to stay home from school. However now, doctors suggest they return to school at their own pace, perhaps with modifications (i.e. a shorter school day) as needed.

Even screen time is no longer a definite no. The more normal life can gradually be introduced, the better, as long as it doesn’t make symptoms worse.

Some of the recent rule changes in sports can help reduce the risk of concussions. Eliminating head-to-head hits and teaching heads-up tackling in football can help. In soccer, raising the age of the players who are allowed to head the ball also can be beneficial.

Protective equipment should be used—but with a few cautions. Although helmets can absorb some of the shock of a blow, the brain can still move around in the skull, so a concussion can still occur. Also, paradoxically, if players feel they are more protected, they might use their heads more aggressively.

With more awareness of the dangers of concussions, coaches can teach improved techniques and follow the new rules to protect young athletes.

As a parent, know the signs and symptoms of a concussion, and be sure you, your school or coach have identified a sports medicine doctor who thoroughly understands the latest concussion-treatment guidelines and protocols. This will ensure your child receives the best possible care in the event of a concussion. 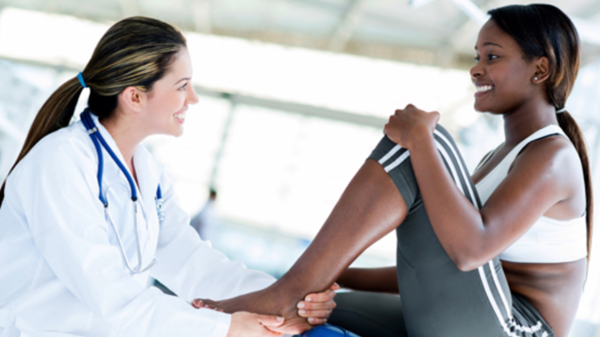 Are You Interested in Learning More About our Sports Medicine Specialties?

Our sports medicine and orthopedic physicians, surgeons, physical therapists, physiotherapists, pain management specialists and other clinicians approach you as an individual with unique circumstances and needs. We use the most up-to-date diagnostic tools to evaluate your condition and minimize your pain and recovery time. Is It Ever Safe to Play Through the Pain?

Information will update every 5 minutes. ER Wait Times are approximate and provided for informational purposes only. Estimated Wait Times as of: Thursday, December 9, 2021 5:55 AM