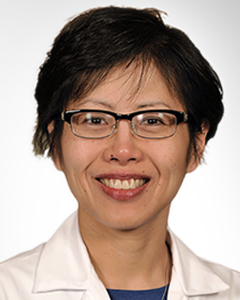 Lung cancer is the second most common cancer in men and women, with about 14 percent of all new cancers being lung cancer. It kills 1.6 million people globally every year, according to the World Health Organization.

Most lung cancers are diagnosed at an advanced stage, but recent developments in cancer treatment, including immunotherapy, are increasing survivorship and remission for patients.

Lung cancer is the second most common cancer in men and women, with about 14 percent of all new cancers being lung cancer.

Immunotherapy uses the body’s own immune system to fight cancer. The immune system uses two natural responses to identify and kill cancer cells — innate and adoptive immune response. Innate response is the body’s first line of defense against bacterias and viruses that seek to do it harm, and can trigger cells that recognize cancer and destroy these foreign cells. The adoptive immune response, which is comprised of B and T cells, identifies abnormalities on cancer cells that distinguish them from normal cells in the body. This response takes longer to trigger, but it is more powerful than the immune system’s innate response.

Immunotherapy is different from other cancer treatments in that it doesn’t directly destroy cancer cells. Instead, it does either of two things: enables the immune system to trigger a response that fights cancer cells or stops agents in the body that prevent an anti-cancer immune response.

Checkpoint inhibitors target immune checkpoint pathways that aid in the development and growth of tumor cells. These inhibitors reactivate the body’s T cells, helping them get into the circulatory environment and cellular environment of the tumor to identify cancer cells and kill them. PD-1 (brand names Keytruda® or Opdivo® ), PD-L1 and checkpoint inhibitors (brand name Tecentriq®) are the most common form of these drugs used to treat lung cancer.

These drugs work by making it difficult for cancer cells to use immune checkpoint pathways to reduce the body’s immune response, thereby allowing these tumors to grow. These drugs help to stimulate the body’s natural anti-cancer defense mechanisms. Keytruda and Opdivo are designed for patients with advanced lung cancer who have undergone chemotherapy, and new trials indicate Keytruda also can be effective as a stand-alonetreatment for newly diagnosed lung cancer. Tecentriq is similarly indicated for patients who have been treated with chemotherapy, but their cancer either has progressed or was non-responsive to treatment. A clinical trial involving Opdivo showed that the drug helped patients live longer, from just over nine months to slightly more than a year. Recent clinical trials also indicate that checkpoint inhibitors may result in improved survival when used simultaneously with chemotherapy.

Monoclonal antibodies target a specific antigen, markers or a foreign substance found on tumor cells and then block the signaling pathways that help tumor cells grow. They also stimulate an immune response. The FDA has approved several of these treatments for lung cancer, including Avastin® and Cyramza®, which work by targeting blood vessel formation. Some monoclonal antibodies, such as CTLA-4, are manmade and mimic antibodies that the body naturally produces, working to activate T cells that destroy cancer cells.

Yervoy® is probably the most well-known form of this treatment. Used to treat patients with advanced melanoma (skin cancer), Yervoy® may work well for other forms of cancer, such as non-small and small cell lung cancers, too. Several clinical trials currently are testing this theory.

Therapeutic cancer vaccines trigger an immune system response that also targets antigens on tumor cells. It triggers an immune response in the body against tumor-specific antigens, some of which are found in nearly 50 percent of lung cancers.

Clinical trials currently are underway to determine whether these vaccines can prevent or delay lung cancer recurrence in high-risk patients.

During adoptive cell therapy, we remove a patient’s T cells and genetically modify them to strengthen their ability to attack and kill cancer cells. We then reintroduce them into the immune system to trigger an immune response. Clinical trials have shown that adoptive cell therapy may be an effective treatment for lung cancer, leukemia and lymphoma.

So, what do all these therapies mean for patients with lung cancer, particularly those with late-stage disease? Immunotherapy is still evolving, but it’s one of the most promising advancements in cancer treatment in decades. On their own, these treatments may increase the odds of remission and survivorship in patients, but in combination with other treatment approaches, such as radiation and chemotherapy, immunotherapy gives us a better chance to increase cure rates. Immunotherapy also is being testing in the preoperative and postoperative settings. Every cancer treatment comes with side effects, and immunotherapy has its own, including itchy skin, rash and rare side effects such as thyroid and adrenal dysfunction and certain cardiovascular disorders like myocarditis. But even with these side effects, immunotherapy is worthwhile for many patients.

We’ll continue to see clinical trials and more research in this field, and hopefully sooner rather than later, we’ll come to a point where immunotherapy is an integral part of the standard of care. 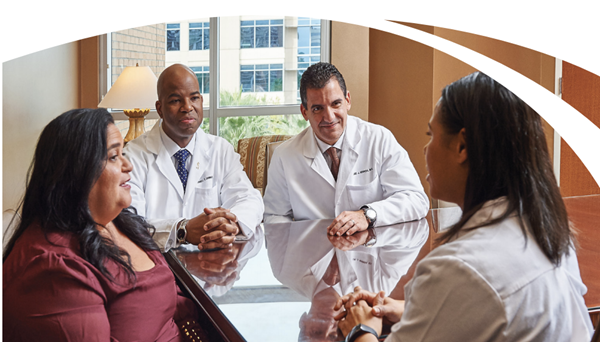 Get your guide to understanding lung cancer

Understanding the risks associated with lung cancer and being aware of the symptoms in order to aid in detection are important. In this helpful guide, we explain lung cancer and how it is detected and treated.

Get Your Guide
Robotic Surgery for Lung Cancer Information will update every 5 minutes. ER Wait Times are approximate and provided for informational purposes only. Estimated Wait Times as of: Saturday, February 4, 2023 10:20 PM