Spotting vs. Periods: What’s the Difference? 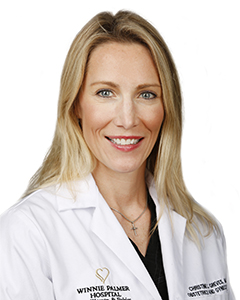 A menstrual cycle can last anywhere from 15 to 45 days, according to research, during which a woman usually has her period for anywhere between three to seven days.

However, there can be times during a woman’s cycle where she experiences bleeding that isn’t quite a period. It can happen at any time — right before you get your period, mid-cycle or even after period bleeding. We call this spotting, and if you aren’t sure of the difference between this occurrence and your actual period, here’s what you need to know.

Several things can cause spotting, including stress, an infection, changing your birth control medication, a hormone imbalance, polyps and fibroids, both of which are abnormal, often benign, growths that can develop in a woman’s reproductive system. Pregnancy, breastfeeding, ovulation, transitioning to menopause and even cervical, uterine or ovarian cancer also can cause spotting.

How to Tell the Difference Between Spotting and Your Period

The biggest difference between spotting and your period is the amount of blood. A period can last for several days and require a tampon or pad to control your flow. However, spotting produces much less blood and doesn’t typically require the use of these products.

When the bleeding occurs, also, is a good indicator of whether it’s your period or spotting. Most women generally have an idea of when their period will come and how long it’ll last, so if you notice bleeding off cycle but it’s not as heavy as your regular period, then it’s likely spotting. The color of the blood also is different. Blood produced during your period often is darker than the blood that appears when you’re spotting.

Another good indicator the bleeding may be due to spotting, is if you don’t have any other menstrual symptoms, like breast tenderness or cramping. If you normally have these symptoms right before your period, but they aren’t present during the time you notice some irregular bleeding, then it’s probably spotting.

If you spot bleed on a regular basis, you should schedule an appointment to see your doctor. Your doctor will go over your symptoms and do a physical exam to assess you and likely will do other tests, such as a pelvic exam, a Pap smear, a pregnancy test or a vaginal or abdominal ultrasound to diagnose what is causing the irregular bleeding. Once you get a diagnosis, you could be placed on an antibiotic if the cause is an infection or receive birth control or hormone therapy to regulate your cycle if the issue is a hormone imbalance. If you have polyps or fibroids, your doctor will need to perform surgery to remove these growths.

Every woman’s cycle varies, and you may occasionally experience spotting between periods. However, if this becomes a regular occurrence, there could be an underlying health issue you need to address. If you have irregular bleeding, don’t wait too long to see a doctor. Even if the cause of the spotting turns out to be something minor, getting timely medical treatment and care will help you resolve this issue.

Information will update every 5 minutes. ER Wait Times are approximate and provided for informational purposes only. Estimated Wait Times as of: Thursday, February 2, 2023 12:18 PM