The Flu Is Coming: Get Your Flu Shot Today

Maybe you haven’t heard of anyone getting sick from the flu yet this year – but flu season is already here. If you haven’t gotten your annual flu shot, it’s important to get it – today.

Last year’s flu season was particularly brutal. With 80,000 deaths, it was the deadliest flu season in more than 40 years. For perspective, the flu killed more people last year than traffic accidents, gun violence or opioid overdoses.

If you haven’t gotten your annual flu shot, it’s important to get it – today.

Why Last Year’s Flu Season Was so Devastating

The seasonal flu is caused by influenza A and B, and each year, the strain or specific type of the virus can change. Last year’s virus involved a strain of the influenza A virus called H3N2, which is more difficult to prevent and causes more complications.

Last year’s flu also was remarkable in how it spread and who it affected. Typically, the flu affects one part of the country more so than another. But last year, the flu hit the entire country hard for three consecutive weeks.

Children, older people, pregnant women and those with compromised immune systems are particularly vulnerable to complications from the flu, but last year’s flu season was the first where all age groups were severely affected.

Why You Should Get Your Flu Shot Now

Flu season started in October and usually continues until May, with the peak being December through February. But the earlier you get your flu shot, the better protected you will be. Since it takes about two weeks after getting the shot to build up immunities, being vaccinated now, before flu season builds, is even more important. 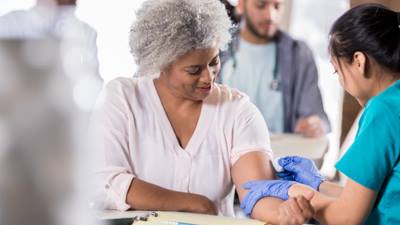 Getting the flu shot doesn’t just protect you – it helps keep the flu from spreading. Some populations cannot get the flu vaccine (i.e. babies under 6 months). So when you get the flu shot, you reduce the chance of getting sick and infecting others who cannot protect themselves.

It’s true that flu shots don’t provide 100 percent protection from the flu. Last year’s vaccine was only about 40 percent effective. Still, vaccines are the best way to prevent the flu and its associated complications. The CDC says that during the 2016-2017 season, the flu vaccine prevented 5.3 million illnesses, 2.6 million medical visits and 85,000 hospitalizations. Comparable numbers for the 2017-2018 flu season are not yet available.

Even if you had the flu vaccine last year, you’ll need it again this year for two reasons. First, the protection the vaccine gives diminishes over time and second, since the flu virus changes each year, the vaccine formulation is adjusted to address that change. This year’s flu vaccine, for example, has been updated to be a better match with the expected circulating strains of viruses.

Several variations of flu shots will be available for this season, including inactivated influenza vaccines, recombinant influenza vaccines, live attenuated influenza vaccine and the nasal spray flu vaccine. If you are 65 years or older, the CDC recommends you get a flu shot versus the nasal spray vaccine. Additionally, you may get a vaccine specifically designed for people 65 and older that creates a stronger immune response to the flu. If you have questions about which variation you should get, talk with your doctor.

Unless your doctor recommends you do not get a flu vaccine based on a medical condition, you may get a vaccine at your doctor’s office, urgent care clinics, pharmacies, health departments, pharmacies as well as schools and places of employment. Most health insurance plans cover the cost of a flu shot.

To get a flu shot, locate a primary care office near you and call for their vaccination hours or go to a CareSpot Urgent Care | Orlando Health location. 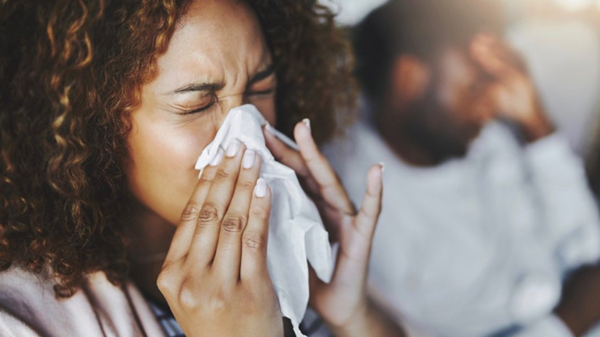 Reduce Your Risk of the Flu

Getting the flu is no joke, so get a flu shot if you haven’t already done so. Schedule an appointment with your primary care doctor or visit a nearby urgent care center to discuss flu prevention or address flu symptoms. Information will update every 5 minutes. ER Wait Times are approximate and provided for informational purposes only. Estimated Wait Times as of: Monday, January 25, 2021 8:51 PM