Time for Your Flu Shot (No, It’s Not Too Soon)

Although it seems as if flu season ended just a few months ago, it’s already time to get your annual flu shot again. The Centers for Disease Control and Prevention (CDC) recommends adults and children over 6 months get their flu vaccine by the end of October 2018.

Remember last flu season? It was a doozy, with more than 700,000 people hospitalized for the flu. Sadly, 180 children died from the flu last season—and about 80 percent of those who died were not vaccinated.

Why Get the Flu Shot in October?

The flu season starts in October and can continue until May, with the peak months being December through February. But rather than wait until the peak, the CDC recommends getting the flu shot early, not only to protect yourself, but also to keep the flu from spreading. Some populations cannot get the flu vaccine (i.e. babies under 6 months), so by getting your flu shot, you reduce the chance of getting sick and infecting those who cannot protect themselves.

Since it takes about two weeks after getting the shot to build up immunities, the timing of getting the vaccine before flu season builds is even more important.

It’s true that flu shots don’t always provide 100 percent protection from the flu—last year’s vaccine was only about 36 percent effective. Still, vaccines are the best way to prevent getting the flu and developing its associated complications. The CDC reports that during the 2016-2017 season, the flu vaccine prevented 5.3 million illnesses, 2.6 million medical visits and 85,000 hospitalizations. Comparative numbers for the 2017-2018 flu season have not been released yet.

Even if you had the flu vaccine last year, you’ll need it again this year for two reasons.

First, the protection the vaccine provides diminishes over time.

Second, since the flu virus changes each year, the vaccine formulation is adjusted to address that change. This year’s flu vaccine, for example, has been updated to be a better match with the expected circulating viruses.

Even if you had the flu vaccine last year, you’ll need it again this year. 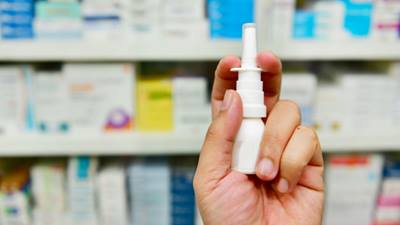 Unless your doctor recommends you do not get a flu vaccine because of a medical condition, you may get a vaccine at your doctor’s office, urgent care clinics, pharmacies or health departments, schools and places of employment. Most health insurance plans cover the cost of a flu shot.

To get a flu shot, locate a primary care office near you and call for their vaccination hours or go to a CareSpot Urgent Care | Orlando Health location.

Reduce Your Risk of the Flu

Getting the flu is no joke, so get a flu shot if you haven’t already done so. Schedule an appointment with your primary care doctor or visit a nearby urgent care center to discuss flu prevention or address flu symptoms.

Read More
Time for Your Flu Shot No Its Not Too Soon
Is It Too Late for a Flu Shot? Definitely Not! Pregnancy and Childbirth|Allergies, Cold and Flu Information will update every 5 minutes. ER Wait Times are approximate and provided for informational purposes only. Estimated Wait Times as of: Tuesday, January 19, 2021 3:48 AM