Understanding the Difference Between HIV and AIDS 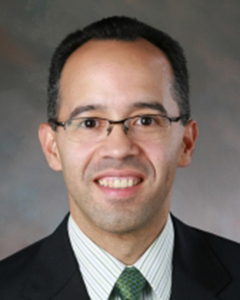 In 1991, when NBA basketball star Magic Johnson announced he was HIV-positive, the world was stunned and sad, fearing the athlete had a death sentence. Many people assumed HIV and AIDS were the same, and at that time, few treatments were available for AIDS.

HIV, or human immunodeficiency virus, destroys the white blood cells in your immune system that fight infection. Without those white blood cells, you are more at risk for infections and cancers. Although HIV can develop into AIDS (acquired immunodeficiency syndrome), you can be HIV positive without having AIDS—in fact, with early and consistent treatment, people with HIV may never develop AIDS.

As a virus, HIV can be spread through the exchange of bodily fluids, such as semen from sex without condoms or blood from the sharing of needles. A woman who is HIV positive can pass the virus to her child during pregnancy.

If you contract HIV, you may initially have typical virus symptoms that may last days or weeks, including: fever, sore throat, fatigue, muscle aches and swollen glands. This may occur several weeks after infection.

However, you may not experience any symptoms for years, but still have the infection—and you can still spread it to others through bodily fluids. If you think you may have been exposed to the virus, a blood or saliva test can detect the presence of HIV.

Early detection of HIV, getting good medical care and maintaining a healthy lifestyle are important steps to fight the infection, minimize its progression and increase the chances of living a longer, healthier life.

AIDS is a condition that occurs when your body’s immune system has been so weakened by HIV that it is unable to fight off a variety of infections and other illnesses, including cancer. Because HIV destroys the CD4 immune cells, doctors can diagnose the progression to AIDS by doing a count of those cells. A healthy count is 500 – 1200 CD4 cells. A count of less than 200 indicates the condition has progressed to AIDS.

Signs that the virus has developed into AIDS include illnesses that you would normally be able to fight off, such as thrush, tuberculosis and pneumonia. Certain cancers, such as Kaposi sarcoma and non-Hodgkin’s lymphoma also are prevalent in people who have developed AIDS. 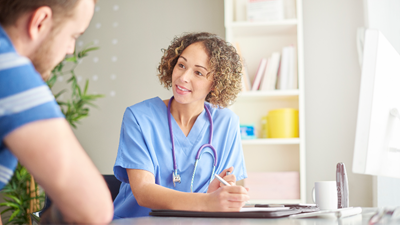 Protecting yourself from getting HIV and, if you’ve been exposed, taking steps to prevent infecting others is vital. The National Institutes of Health recommend:

HIV and AIDS are serious, but with increased knowledge and advances in treatment, a diagnosis is not a death sentence.

Do you have concerning symptoms?

It is important to discuss any health issues you may have with a primary care physician. Orlando Health physicians take the time to listen, answer questions and clearly explain conditions and treatment options.

How Men Can Stay Sexually Active as They Age How to Ease Into Sex Postpartum

Information will update every 5 minutes. ER Wait Times are approximate and provided for informational purposes only. Estimated Wait Times as of: Saturday, February 27, 2021 4:39 AM