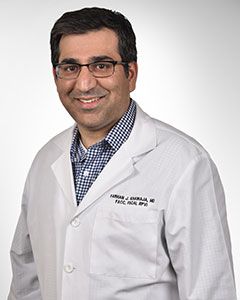 Living in Florida, we have a lot to be thankful for — especially because it’s warm year round. Now, it appears that this warm weather is good for more than just enjoying days at the beach.

According to one recent study, your risk for heart failure is lower when it’s warm outside. Researchers at the Mayo Clinic reviewed 10 years’ worth of hospitalization data related to heart failure. Twelve million people were hospitalized during the time period researchers reviewed, 4 million of them also had atrial fibrillation (A-Fib), which occurs when when rapid electrical signals cause the heart’s two upper chambers to contract quickly and irregularly, potentially leading to stroke or heart failure.

What causes these seasonal differences? Researchers aren’t exactly sure, but it could be a higher risk of respiratory tract infections during the winter, changes in bodily fluid balances during different times of year or changes in the level of pollution in the air. Blood pressure also is higher in the winter because the blood vessels become more narrow due to low temperatures. This increases the pressure required to regulate blood flow and that can make heart failure more severe. Another theory? February is right after the end of the holiday season, when many of us overindulge on foods that aren’t exactly great for heart health. By the second month of the year, all those bad habits may catch up to us, especially if someone is already at high risk for cardiac issues.

Five million people in the U.S. have heart failure and up to 6 million people have A-Fib, so understanding these patterns and the factors that cause them could impact the health of millions of people. Unfortunately, until more research is done, there’s very little someone can do to reduce their risk of heart failure during the winter. Instead it’s best to focus on maintaining good heart health year round — and that’s start with regular physical activity and a healthy, balanced diet that’s low in saturated fat, sugar and salt. It all boils down to lifestyle, even if the weather may play a small role.

Adjusting to Climate Changes While Traveling
When Doctors and Surrogates Disagree on Time Left
Close
Close
Close
Close
i
If you are experiencing a medical emergency, call 911 immediately.

Information will update every 5 minutes. ER Wait Times are approximate and provided for informational purposes only. Estimated Wait Times as of: Monday, January 20, 2020 5:01 PM