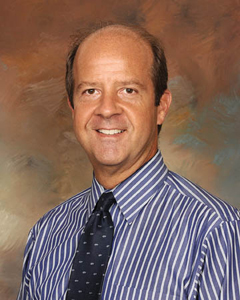 If your doctor has prescribed opioids for your acute pain, a new Florida law may affect your supply. As of July 1, 2018, most opioid prescriptions will have a three-day limit. In some situations, physicians can prescribe a seven-day supply for acute pain, if the situation is documented as medically necessary. Acute pain is defined, by law as: “The normal, predicted, psychological and time-limited response to an adverse chemical, thermal or mechanical stimulus, associated with surgery, trauma or acute illness.”

There are exceptions though. These prescription limits do not apply to medications to treat cancer, terminal conditions, palliative care or serious traumatic injuries.

As of July 1, 2018, most opioid prescriptions will have a three-day limit.

Opioids (from the word opium) are a class of drug that includes both illegal and legal versions. Heroin is illegal, but fentanyl, an extremely potent synthetic version of opioids, as well as oxycodone (known as OxyContin), Vicodin, morphine, codeine and others are available legally by prescription and are used to relieve pain. Fentanyl is also made illicitly, and because of its potency can be deadly in this non-prescription version.

When taken for a short duration by prescription, opioid pain relievers are considered safe. But the drugs interact with the nerve cells in the body and brain, producing a sense of euphoria in addition to bringing pain relief, which makes it inviting to take beyond the need for relieving pain. Regular use—even when prescribed by a doctor—can lead to dependence, the National Institutes of Health (NIH) says. As the brain becomes used to the dosage, it requires more of the drug to provide pain relief and the feeling of well-being. This makes it easy to become addicted.

In addition to being addictive, opioid misuse—taking a prescription designed for someone else, taking the drug for longer than prescribed or taking more of the drug than prescribed—can lead to overdose, death or the use of other drugs.

Research into heroin users in 2008 and 2009 found that 86 percent had used opioids for nonmedical reasons before they switched to heroin. This is in contrast to previous studies that found most heroin users in years past started their drug abuse with heroin. Because opioids and heroin affect the body and brain the same way, someone addicted to opioids may be more tempted to take even more dangerous drugs such as heroin, which can be purchased without a prescription and may be less expensive.

Opioid Epidemic—How Did We Get Here?

In the early 1990s through 2012, opioids were commonly prescribed to relieve pain. But over time, abuse of the drugs grew.

Some facts on the opioid crisis:

What’s the Reason for This Law?

The new law is designed to make it more difficult for people to take opioids long enough to become dependent. Studies show the likelihood of addiction increases the longer someone is on the first prescription of opioids.

In addition to restricting the number of days an acute pain prescription can cover, the law requires physicians and pharmacists to consult a statewide database before prescribing or dispensing controlled substances. They also must provide additional documentation if the drug is being prescribed for non-acute care and to verify a patient’s identification before dispensing the prescription.

The new Florida law is part of a multi-pronged approach to help people who have become dependent or addicted to opioids and other controlled substances, and provides $65 million in funds to fight the epidemic.

Opioid dependency and addiction are serious health crises, but treatments are available to help make the transition from the drug. If you have concerns about your opioid prescription or use, please contact your doctor today.

Schedule an Appointment
Keep Your Cool! Avoid Heat-Related Illnesses This Summer
Thirsty Much? Know the Signs of Dehydration How Orlando Health Prepares for Hurricanes Information will update every 5 minutes. ER Wait Times are approximate and provided for informational purposes only. Estimated Wait Times as of: Wednesday, October 5, 2022 8:24 PM