What You Know About Urinary Incontinence: Fact or Fiction?

If you suffer from urinary incontinence, you’re not alone. According to the National Association for Continence, approximately 25 million American adults suffer from temporary or chronic urinary incontinence and 80 percent are women. Research shows it takes women an average of six and a half years to get diagnosed, simply because they are too embarrassed to talk about it with their doctor.

It’s true that incontinence isn’t a popular topic at cocktail parties. Many people won’t even discuss it with their doctor. That’s why lack of information—and misinformation—is all too common.

It’s time to drop the hush-hush and begin the talk-talk about what you know and don’t know about incontinence.

It’s time to uncover the myths about incontinence and go from quietly embarrassed to happily informed.

There are a lot of stories swirling around the subject of incontinency, many suffering from too much fiction and not enough fact.

“Small bladders lead to big bladder problems.” Not true. There is no such thing as a small bladder unless you’ve had surgery to reduce the size for cancer or unless they are neurologically impaired. Most people have normal-size bladders that may seem small functionally but in reality is the same size as everyone else’s. Certain people may urinate often, which makes them feel like they have a small bladder. The more likely reasons for incontinence issues are weak muscles, infection or nerve damage.

“Drinking as little as possible can improve incontinence.” Fiction. Some people think cutting back on liquids may help them avoid accidents, but this is generally not a good idea, as it can lead to dehydration. Bladder irritants like caffeine, soda and juice should be avoided. However, it is suggested that people with urge incontinence try drinking other liquids at times that are convenient for using the bathroom.

“Holding in urine will make me incontinent.” False. Waiting to use the bathroom will not affect bladder function at all. In fact, some experts recommend training yourself to hold in urine as a remedy for incontinence.

“Urinary incontinence is just something you have to live with.” Thankfully, not true. Incontinence is treatable and surgery may not be the only recommended option. Other possible remedies include biofeedback, medication, Kegel exercises…even Botox!

You don’t have to live with the embarrassment and social isolation that can result from incontinence. Now that you know incontinence can be treated, it’s time to seek out medical assistance. Find a doctor who understands the condition and is willing to work with you to come up with an agreeable and successful treatment plan. Although you may not want to discuss your condition at your next cocktail party, you’ll be happy you discussed it with your doctor. 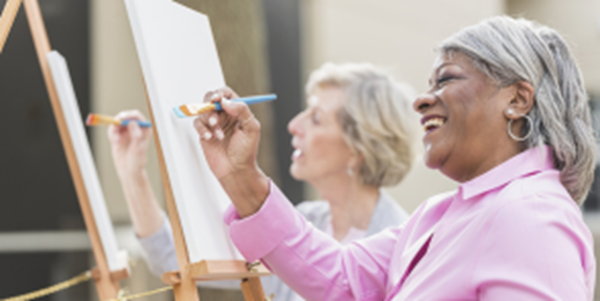 Get a Free Women’s Health Guide

Learn more about pelvic floor disorders and treatments available to restore a full quality of life and well being. This useful guide can also help you track your health screenings and medical history.

Information will update every 5 minutes. ER Wait Times are approximate and provided for informational purposes only. Estimated Wait Times as of: Wednesday, October 28, 2020 10:21 AM