What You Should Know About the New Dietary Guidelines 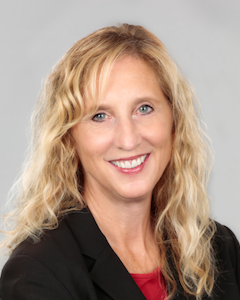 If you want to live a long, healthy life, say goodbye to added sugars and excess salt in your diet and hello to more seafood, whole grains and vegetables.

That was the overall message the U.S. Department of Agriculture (USDA) and Department of Health and Human Services sent when it released new dietary guidelines earlier this month.

“To meet nutrient needs within calorie limits, choose a variety of nutrient-dense foods across and within all food groups in recommended amounts,” health officials said in an executive summary of the new guidelines.

More Fish, Less Sugar and Less Sodium: An overview of the New Guidelines

Some of the major changes include a recommended increase in seafood consumption to 8 ounces a week (about two pieces of fish per week), more emphasis on vegetarian and Mediterranean diets, the latter of which focuses on plant-based foods, lean protein, healthy fats like olive oil and herbs instead of salt for seasoning.

The updated guidelines also limit sugar and saturated fat to less than 10 percent of daily calories, respectively. Health officials recommend reduced sodium intake — 2,300 milligrams or less every day for adults and children. That’s the equivalent of one teaspoon of salt a day, far less than the current 3,400 milligrams a day the average American consumes.

Surprises in the New Guidelines

These recommendations are pretty much common sense if you want to achieve a heart-healthy diet. But some parts of the new guidelines still were a bit surprising.

If you can’t make it through the day without a cup (or more) of coffee, you won’t have to give up your caffeine habit. The new guidelines say it’s safe to consume three to five 8 ounce cups of coffee a day. Officials cited research that indicates this amount of coffee may reduce your risk for Type 2 diabetes and heart disease. However, the recommendation is for black coffee, so skip the cream, creamer, sugars and other additives.

Cholesterol is not specifically limited as in the past. The guidelines do recommend consuming a healthy eating pattern while eating as little dietary cholesterol as possible. They note that some foods that are high in cholesterol, like fatty meats and high fat dairy, are also high in saturated fat, which is limited by the guidelines.

Some Drawbacks of the New Guidelines

Overall, the new guidelines do a good job of emphasizing consumption of nutrient-dense foods to meet nutritional needs. I also like the focus on specific beverages that are low in fat and added sugars, Mediterranean-style and vegetarian eating patterns and the increased consumption of seafood, which the American Heart Association (AHA) says can lower your risk of heart disease.

However, the guidelines didn’t go far enough in limiting — or even addressing, for that matter — the link between the consumption of red meat and overall health. The Dietary Guidelines Advisory Committee did recommend limiting the consumption of red and processed meats, but this recommendation did not appear in the final guidelines issued this month. It’s disappointing that red meats, and more specifically processed meats, were not targeted for avoidance in light of the World Health Organization’s recent findings about the link between these foods and an increased risk for cancer.

Also, the sugar restriction at less than 10% of daily calories is not as strict as the American Heart Association recommendation. The AHA recommends that women consume no more than 100 calories a day (about 6 teaspoons) of added sugar, while the recommendation for men is 150 calories a day, or about 9 teaspoons. These guidelines are easier for people to interpret and use on food labels, rather than tracking a percentage of added sugar in their daily diet.

These guidelines emphasize some basic points that we all should follow to live as healthy as possible: eat more whole grains, fruits and vegetables and less salt and saturated fat. Rather than counting calories, introduce more nutrient-dense foods into your diet that are low in fat and good for your heart health.

Information will update every 5 minutes. ER Wait Times are approximate and provided for informational purposes only. Estimated Wait Times as of: Monday, March 1, 2021 9:59 PM