UPDATE: Alex Trebek died November 8, 2020, more than a year after he was diagnosed with stage four pancreatic cancer. He was 80.

Since 1984, television audiences have welcomed Alex Trebek, host of the show “Jeopardy,” into their homes. Viewers know the drill. Trebek gives the puzzle clue as an answer, then contestants and viewers must figure out the correct question. But Trebek recently shared serious health news that viewers are still trying to comprehend. Trebek, age 78, announced he had been diagnosed with stage 4 pancreatic cancer.

Although it is not extremely common, pancreatic cancer has a high fatality rate. It accounts for only 3 percent of all cancers in the United States, but is responsible for 7 percent of cancer deaths. The American Cancer Society estimates that 45,750 people will die from the disease this year. In 2018, pancreatic cancer claimed the Queen of Soul, Aretha Franklin.

What makes pancreatic cancer so deadly is that it is often difficult to diagnose until too late for the most effective treatment options.

What Does Stage 4 Cancer Mean?

The process of finding out how much cancer is in a patient’s body and its location is called staging. This guides the doctor in determining how severe the cancer case is. Staging information is gathered for most types of cancers. It helps doctors plan how to treat the disease and to predict a patient’s prognosis.

Stage 4 is reserved for the most severe cancer cases. By the time the disease reaches this level, it has spread from the initial tumor location to other areas and organs of the body. This means it has metastasized.

Can Pancreatic Cancer Be Found Any Earlier? Finding pancreatic cancer early is difficult. The pancreas is a 4.5- to 7-inch organ that sits behind the abdomen and deep inside the body. Early tumors can’t be detected during routine physicals. Patients typically don’t know they have the disease until the tumor becomes very large or the cancer spreads to other parts of the body.

Screening tests have been developed to detect breast cancer and colon cancer in the general public before patients show signs of these diseases. However, a general test has not yet been developed for someone who has pancreatic cancer but shows no symptoms of it.

Those with a family history of pancreatic cancer — or a known genetic syndrome that puts them at higher risk of developing it — do have screening options. Two newer, more common tests are an endoscopic ultrasound or an MRI.

Researchers are studying other new tests to try to help identify pancreatic cancer earlier and learn more about the gene changes in pancreas cells that cause them to become cancer. This information can be used to develop tests for detecting acquired (rather than inherited) gene changes that signal pre-cancerous conditions in the pancreas.

Risk factors that increase the possibility of developing pancreatic cancer include:

A person with pancreatic cancer may experience:

Progress in Research and Treatment

Research on detecting and treating pancreatic cancer is ongoing. There is continued progress with the NanoKnife, an Irreversible Electroporation System (IRE) that kills cancer cells by surrounding them in an electric field that weakens them by making them porous. Radiation therapy has seen advancements in understanding what doses are effective and how to use proton therapy and stereotactic beam radiation therapy to more precisely target cancer cells.

Research teams also are working on using radiation during surgery and immunotherapies. 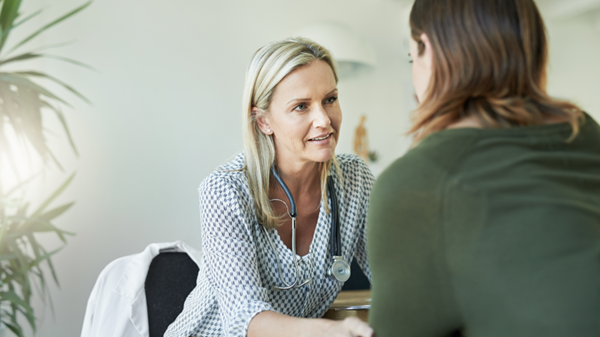 Cancer of the pancreas is a disease that is difficult to detect and treat, and it also may be challenging to understand at times. At the Orlando Health Cancer Institute Pancreatic Cancer Center we offer you every advantage available using the most advanced diagnostics, treatments, and research to help you understand your disease, its treatment, and your outlook.

Learn More
Skip the Brie — and Other Holiday Food Advice for Cancer Patients
It Sounds Like Good News, but Alex Trebek’s ‘Near Remission’ for Pancreatic Cancer Isn’t Typical Hereditary Cancer: When Should You Be Screened? Information will update every 5 minutes. ER Wait Times are approximate and provided for informational purposes only. Estimated Wait Times as of: Thursday, January 21, 2021 11:56 AM