WE CHOOSE EXPERT EPILEPSY CARE FOR OUR LITTLE MIRACLE.

WE CHOOSE EXPERT EPILEPSY CARE FOR OUR LITTLE MIRACLE. 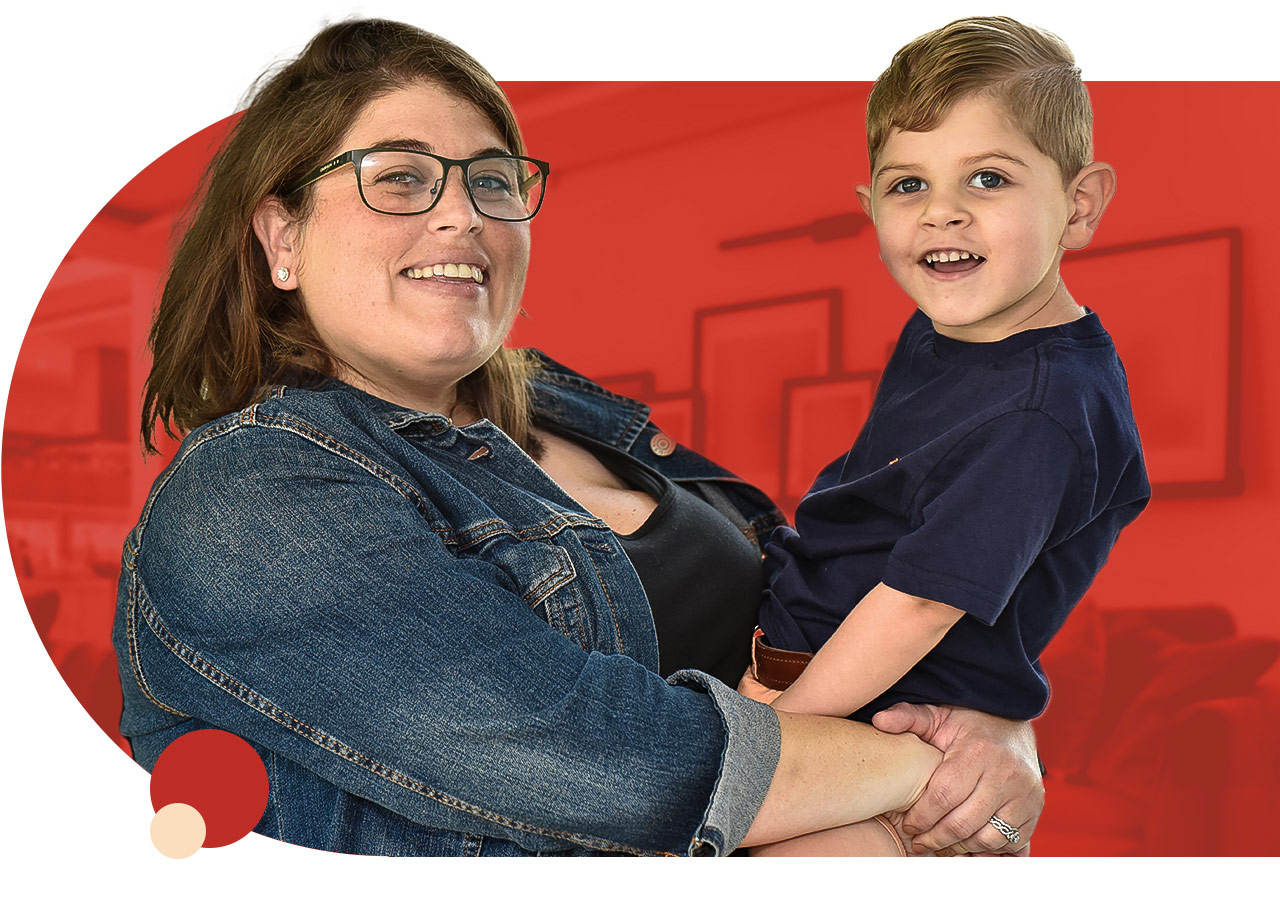 By virtue of Kim’s warm, nurturing nature and her husband Matt’s love for kids as a teacher, this young couple couldn’t wait to be parents. However, starting a family proved to be a challenge when the couple had trouble getting pregnant. When Kim and Matt finally found out they were expecting a baby boy, they were elated. Determined to monitor Kim and the baby due to the initial trouble conceiving, Kim’s pregnancy was considered high-risk and called for appointments every two weeks at the Center for Maternal Fetal Medicine at Orlando Health Winnie Palmer Hospital for Women & Babies. Though Orlando Health Winnie Palmer was quite a distance away from the couple’s home, they felt the extraordinary care was worth each and every trip. Meanwhile, they planned for a birth closer to home in Leesburg to ensure everything was in place on their special day.

Unfortunately, despite the prenatal care, baby Owen was born with medical issues and four days after his birth, he was airlifted to Orlando Health Winnie Palmer Hospital where he was diagnosed with Total Anomalous Pulmonary Venous Return (TAPVR), a congenital heart defect. At less than a week old, Owen had to have heart surgery, which turned out to be the first of many in Florida and out-of-state.

When Owen was 11-months-old, he had a surgery at a children’s hospital out-of-state to attempt to correct his heart defect. During the procedure, he had two massive strokes which left him paralyzed on the left side of his body and suffering from frequent intractable epileptic seizures. That’s when Owen’s parents chose Orlando Health Arnold Palmer Hospital for Children for his neurological care.

LEARN ABOUT THE PEDIATRIC EPILEPSY CENTER

LEARN ABOUT THE PEDIATRIC EPILEPSY CENTER

Care No Matter What

Because Owen needed neurosurgery at the start of shutdowns due to the pandemic, the couple was concerned that getting care for their son wouldn’t be possible. At the time, Owen was experiencing 20-30 seizures daily despite taking six medications. Dr. Bello-Espinosa and Dr. Elbabaa knew surgery was the best option, so they worked hard to ensure Owen was able to get the best care, even in the wake of COVID-19. “We advocated for children like Owen with frequent life-threatening seizures to be prioritized as ‘non-elective’ surgical patients,” Dr. Elbabaa said. “We worked closely with our teams to keep the children and healthcare providers safe while we performed the medically necessary epilepsy surgery efficiently and successfully." In March 2020, Owen was the first patient to receive the highly complex procedure known as Peri-insular Hemispherotomy Epilepsy Surgery at the Leon Pediatric Neuroscience Center of Excellence.

After speaking with families who couldn’t access treatment at other facilities, Kim and Matt were relieved that their son’s care was in the hands of the Orlando Health team and were confident in their diligence in keeping Owen safe. “If we had to wait, I don’t know where we would be,” Matt said. “He started to regress and lose words and the ability to do things like eat and feed himself because the seizures were having such an effect on him. Now it’s the complete opposite and it’s only been a few months. He’s growing like crazy as far as his development.” 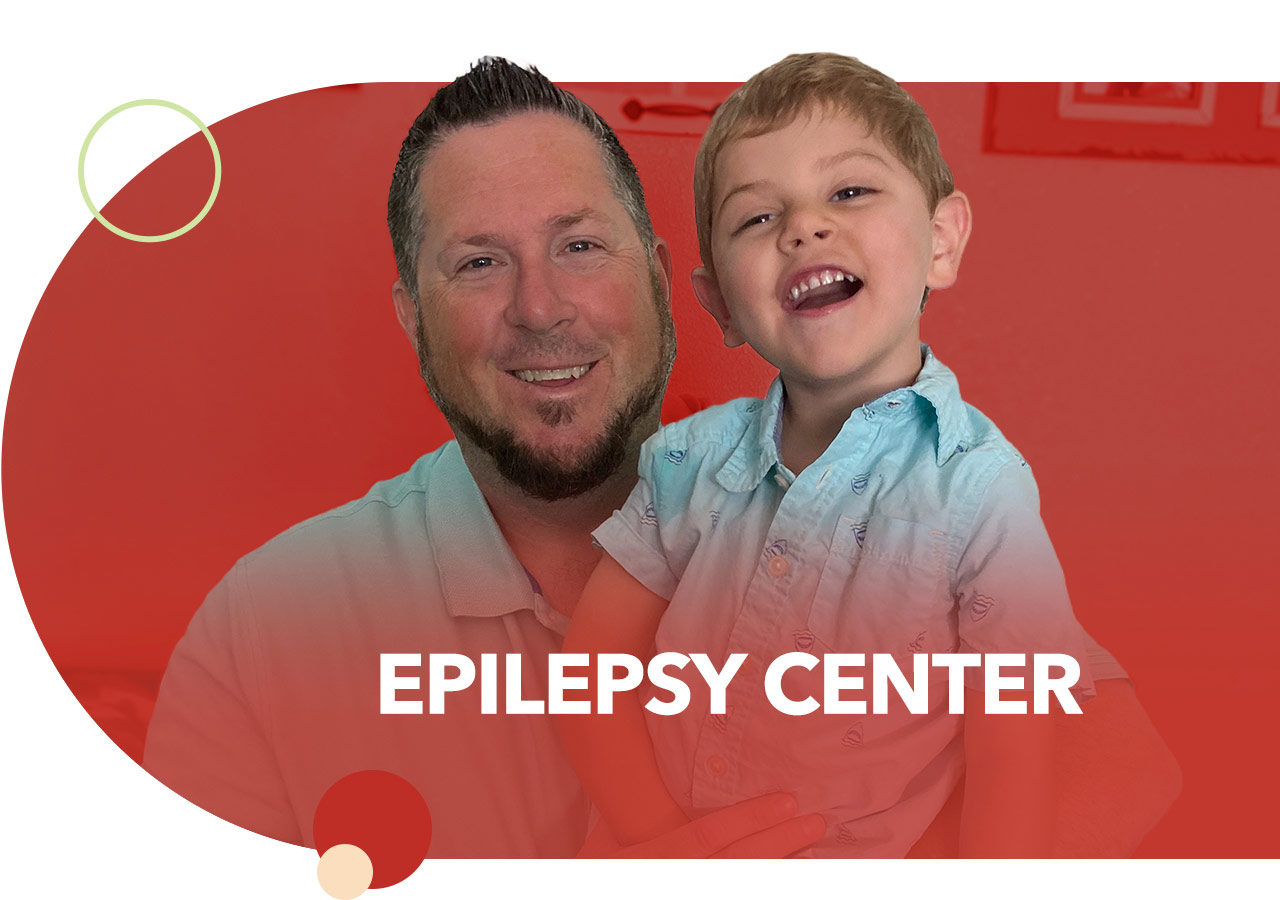 Kim and Matt were able to take Owen home to recover soon after his surgery. They then began continuing care through physical and occupational therapy at the Orlando Health Arnold Palmer Pediatric Rehabilitation Program and follow-ups with his physicians. Since his procedure, Owen has been seizure-free and three of his antiepileptic medications have been discontinued. Soon, his other medications will be stopped as well, which wouldn’t have been possible without surgery. “In procedures like Owen’s, there’s over a 90% chance of remaining seizure free. Not only is his quality of life better, he may eventually be off medications.” Dr. Bello-Espinosa said. “And more importantly he can learn to be a child who with the help of his family, can achieve a normal life.” In just a few months, Owen has blossomed, becoming more energetic and able to say more words than ever. The left side of his body has also started to get stronger thanks to his therapy sessions.

Grateful for how this care has changed Owen’s life, Kim and Matt call the Orlando Health Arnold Palmer team their second family. They’re always happy to see staff when they’re out and about as a family around Central Florida and have even met up with team members for dinner. They appreciate little touches that elevate their care experience like having their visitor badges printed and ready when they arrive for follow up visits and staff always greeting their son with a smile. “No matter what’s happened at Orlando Health, the doctors, the nurses, everyone–they treat us like we’re family,” Kim said.

This experience has shown Kim and Matt that together, their family can get through anything. They’re pleased to have the Orlando Health team by their side through Owen’s care and are looking forward to his continued progress. They hope their little trooper remains seizure-free, can be off all medications and keeps growing intellectually. Kim and Matt are also counting on Owen to be a great big brother, as they’re expecting a second little boy soon. Because of the incredible care they received for their first bundle of joy, they plan to deliver at Orlando Health Winnie Palmer Hospital for Women & Babies with the team they love and trust with all their heart. 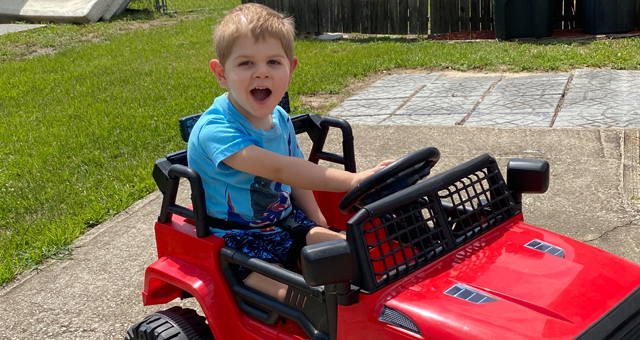