CDC Reveals Top 5 Causes of Death in the U.S. 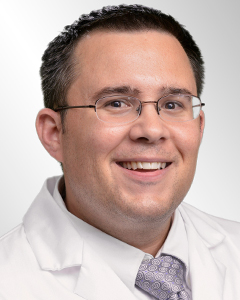 If you live in the U.S., you’re more likely to die of heart disease, cancer, stroke, chronic lower respiratory diseases or an accident, according to the Centers for Disease Control and Prevention (CDC).

The agency recently released data on the top five causes of preventable death in the country from 2010 and 2014, and each of the aforementioned items made the list. Together, these causes account for 63 percent of all deaths in the country. The CDC’s data points to some factors that are driving the numbers, and in its recent news release it laid out some prevention strategies for reducing these preventable deaths. Here’s what you need to know.

Heart disease remains the leading cause of death in the U.S., killing 610,000 people every year according to the CDC. However, the silver lining in the CDC’s new data is that heart disease deaths decreased from 2010 to 2014 by 4 percent.

Heart disease affects everyone. In fact, it is the leading cause of death in women and kills more women every year than breast cancer. Women are often diagnosed with heart disease 10 years later than men, but often have a worse prognosis once they are diagnosed.

These outcomes are preventable with lifestyle changes such as a low-fat diet and exercise and taking efforts to control blood pressure and diabetes — two conditions that elevate heart disease risk. The CDC specifically called out smoking and obesity as contributing factors for heart disease, so quitting smoking and losing weight — however, challenging they may be — is the most straightforward way to reduce your risk.

Cancer is the second leading cause of death in America, killing more than 591,000 people each year. Cancer deaths decreased by 25 percent during the period the CDC tracked, mostly due to lower death rates from lung cancer, one of the deadliest forms of the disease. Increased prevention, early detection and improved quality of care also contributed to this decline. The agency also cited tobacco use and obesity as things that increase cancer risk. However, the CDC stated that some forms of cancer are more preventable than others. For example, genetics play a role in the development of ovarian cancer in some women: 10 percent of ovarian cancer cases result from family cancer syndromes.

Still, recent studies have shown that lifestyle factors may play an important role in reducing the risk of this disease. A review conducted by University of North Carolina at Chapel Hill and U.S. National Cancer Institute researchers indicated that regular exercise may reduce a person’s risk of 13 different kinds of cancer, including breast, colon, lung, head and neck, liver cancer and leukemia.

Stroke deaths decreased 11 percent over the time period the agency tracked, and increased attention to controlling high blood pressure played a significant role in this decline. The CDC said in its news release that 28 percent of stroke deaths were preventable.

Unfortunately, stroke isn’t just a neurological disease of old age. Yes, the majority of stroke victims are age 65 and older, but CDC research has shown an increase in the number of people between age 35 to 44 who have experienced a stroke. Risk factors such as high blood pressure and obesity, an epidemic in the U.S., are driving this unfortunate trend. Keeping chronic conditions under control is critical to lowering stroke risk and reducing the mortality rates of this disease.

Chronic lower respiratory diseases, like chronic obstructive pulmonary disease (COPD), asthma, bronchitis and emphysema, were the fourth leading cause of death. These deaths were 36 percent preventable, according to the CDC. Similar to the other causes of preventable death, mortality rates for chronic respiratory diseases decreased during the period the CDC tracked — but not by as much. Only 1 percent from 2010 to 2014.

Many of these illnesses can’t be reversed, but rather managed. With COPD, early detection can slow the disease’s progression. However, the best form of medicine is prevention, and that begins with avoiding smoking and other respiratory irritants as much as possible. In addition, for those with COPD flu and pneumonia shots can help prevent something more serious from happening.

Accidents and unintentional injuries were the fifth leading cause of preventable death. Not surprisingly, this cause also had the highest rate of preventability: 43 percent of these deaths were preventable, according to the CDC. Accidents may include events such as drowning, falls, fires and burns, shooting, stabbing or injuries inflicted during contact sports.

In some cases, proper safety precautions, such as a fence around pools, teaching youngsters pool and fire safety or installing smoke alarms, may prevent these avoidable deaths. But many times, these accidents are just random occurrences. There is much more we can do from a prevention and patient education standpoint to curb mortality rates from the four other causes the CDC outlined.

Tracking the top causes of death in the country is important because it helps identify areas where more medical intervention may be necessary. Heart disease and cancer continue to be leading causes of death, and though we’ve made headway with these conditions from a prevention and treatment perspective, we still have more work to do. Hopefully, by the time the CDC releases its next round of data, we’ll continue to see the numbers move in the right direction.

Information will update every 5 minutes. ER Wait Times are approximate and provided for informational purposes only. Estimated Wait Times as of: Saturday, February 4, 2023 9:05 PM