Every Day, I’m Doing Something Better

My name is Karen. I'm a wife, a mother, a sister, a daughter - and a stroke survivor.

On an August morning in 2015, while talking with one of my employees at Orlando Health South Seminole Hospital, what started as normal workday suddenly became the beginning of my stroke journey.

We were having a conversation when suddenly I felt really lightheaded and a slight heaviness in my arm. I turned to my coworker and said something, and then asked, "Did I just slur my words?" She said, "Yes, you did." Then she noticed that my face had started to droop, and she immediately called for help.

My feelings at this point were twofold. On the one hand, I'm feeling alert and not in any pain. On the other hand, I'm not believing this was happening. As part of my job, I have written the order sets for strokes. I know exactly what to expect, but can't believe it's happening to me.

But I knew I could not have been at a better place. The Orlando Health South Seminole ER is a primary stroke center where I was able to receive immediate lifesaving care, including tPA, the clot-busting drug. And I was able to be transported by helicopter to Orlando Health Orlando Regional Medical Center (ORMC) for further advanced stroke care, which included a thrombectomy to remove the clot. I never in a million years thought that I would need that helicopter stationed at Orlando Health South Seminole, but I'm so glad it was there. I knew that Orlando Health ORMC was the place that I needed to be and that I was going to be well taken care of there.

I remember waking up several hours later in the Neuro Intensive Care Unit and learning that I had undergone the thrombectomy. Sometimes, it's hard for me to remember that I actually had brain surgery, because they are able to cut a tiny incision in the top of the leg and feed a catheter all the way up to the brain. Then they go in and basically vacuum the clot out. I don't even have a scar anymore.

I had done a head-to-toe assessment of myself, and discovered that only my left arm was paralyzed. I knew there was going to be some physical recovery associated with a stroke, so I really wasn't worried about my arm. I was worried about what had happened in my brain. Was I going to recognize people? Was I going to be able to continue to be a pharmacist?

At 7:00 that first night, I asked to turn the TV on so I could watch Jeopardy. I wanted to make sure that everything was still good with my memory and recall. I watched, and I was able to answer the questions like I normally had. That was really important and good for me.

It's been a journey over the last couple years, and every day I see that I'm doing something better. – Karen, Stroke Patient

What was also important and good for me were the doctors and nurses who took care of me.

I had quite a few specialists who cared for me - wonderful intensivists at both Orlando Health South Seminole Hospital and Orlando Health ORMC, cardiologists who did a complete work-up to try to determine a cause and who continue to monitor me, and my inpatient neurologist, Dr. Christian Rosado, who probably made the biggest difference in the world to me. It didn't matter that I was a pharmacist or team member, I was a person who had suffered a major incident in my life, and he was going to take me through it step by step. There were times when I didn't want to be the pharmacist or even the team member; I just wanted to be the patient, and that's how he treated me.

Then there was the ER nurse who told me how pretty I looked. And my ICU nurse, Cary, whom I called my protector. He made me feel like there was always somebody there who was going to be looking out for me and taking care of everything that needed to be taken care of. At night, a wonderful lady came in to bathe me. She would sing to me and tell me stories and made what could have been an uncomfortable situation so much easier to bear.

I remember them all because these people are the ones whose care made such a huge difference for me. There would have been nowhere else that I would have wanted to have been at that time. I felt that safe and well cared for.

From the time I was discharged, I would say there was nothing I couldn't do. It may not be pretty, but I'll find a way to do it. It's been a journey over the last couple years, and every day I see that I'm doing something better.

I was able to return to work full time within four months while continuing my outpatient therapy. I was able to drive after three months (with a spinner knob). Getting back on my bike was huge for me. I was so happy to be able to ride again.

I ask the people I work with, "What do you think?" And they say, "We think you're amazing, because we wouldn't even know if we didn't know." I think that's the biggest testimony of all.

As an Orlando Health team member, I see how we take care of patients every day. I know that regardless of whether or not I was a team member, I would have received the same great care. That's what I tell my family and friends and even people I don't know - I want them to understand that it's all about the care and the journey with Orlando Health 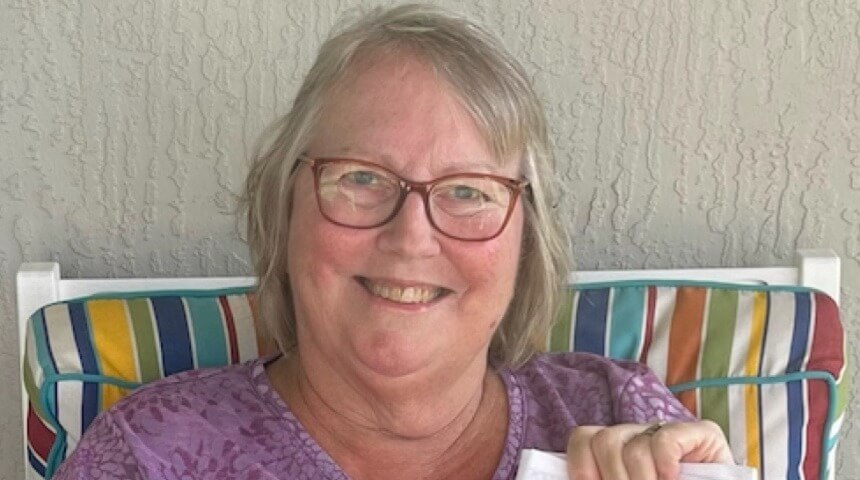 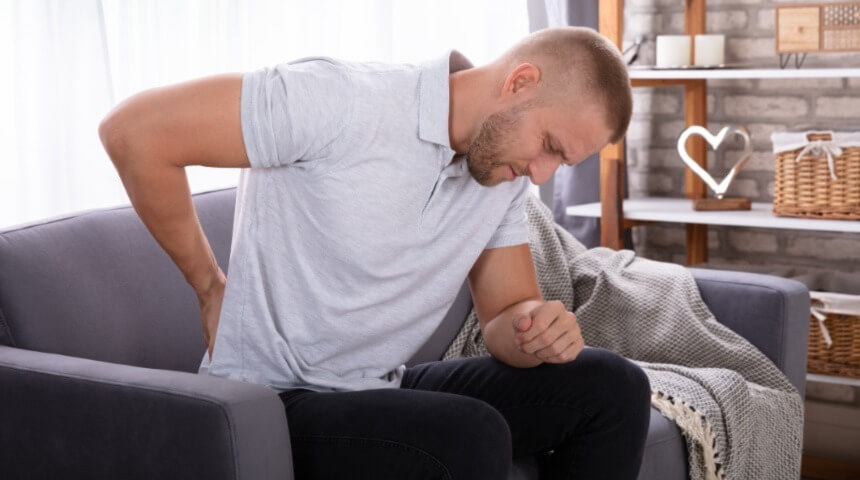 Pinched Nerve: What Causes It and How Do You Treat It?

Information will update every 5 minutes. ER Wait Times are approximate and provided for informational purposes only. Estimated Wait Times as of: Saturday, February 4, 2023 10:35 PM