Immunotherapy: What the Future May Hold for Cancer Treatment 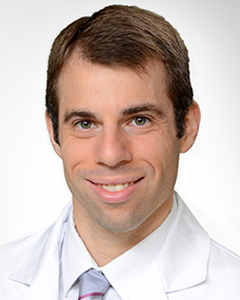 One of the unfortunate realities of chemotherapy is that the drugs used to destroy cancer cells can also damage healthy tissues in the body. The list of side effects of chemotherapy is daunting, including everything from hair loss and appetite changes to fatigue and memory loss.

Essentially dating back to the advent of chemotherapy as a cancer treatment, researchers have been trying to find ways to lessen or avoid its toxic effects. Recent advances in treatment have produced targeted therapies, which are designed to attack a particular target on cancer cells with fewer side effects than traditional drugs. Other advancements include new treatment regimens and chemoprotective agents, which help guard against side effects.

Still, scientists have been unable to produce a thoroughly proven, non-toxic treatment as effective at destroying cancer as chemotherapy—but that might be changing.

You may have seen stories in the press about immunotherapy, which is a form of therapy that can utilize the body’s own immune system to recognize and destroy cancer cells. It’s been covered by Dr. Sanjay Gupta for 60 Minutes, and it is the focus of an upcoming special on HBO’s Emmy Award-winning news program VICE.

In theory, immune regulation could allow us to better target cancer cells and thereby avoid the toxicity of traditional chemotherapy. While some very early applications have shown promising results, I get the sense that there are growing misconceptions within the general public about exactly where we are in terms of immunotherapy being a tried-and-true treatment option.

With that in mind, I hope to answer some of the common questions I have received from my patients.

Did researchers really cure a girl by injecting her with HIV?

This one has been hotly contested. A few years ago, the media erupted with reports that a young girl with acute lymphoblastic lymphoma had been cured by receiving an injection of human immunodeficiency virus (HIV).

However, that’s not exactly what happened. This young lady received a therapy known as chimeric antigen receptor (CAR-T) therapy. This therapy utilized an engineered virus to stimulate her own T-cells (part of our immune system) to recognize an antigen on her cancer cells. This trial had already been tried in adults with impressive results, but she was the first young patient to receive this therapy. Fortunately, it worked.

As of today, CAR-T therapy is still being evaluated. A very small number of patients have received this therapy to date, so it is hard to draw broad conclusions about its effectiveness for the general population. We are, however, very excited about its future implications.

Recently, Mayo Clinic received significant attention for the treatment of two cancer patients with the measles virus. Just as above, this was not a true measles virus, but one that was engineered to allow immune detection of cancer cells.

Two patients that were given this injection responded, although the response to both patients was transient. Both patients were heavily treated with other therapies, so any response to this therapy was deemed impressive. However, there is a misconception that all patients were cured with the measles virus, and this is not the case.

Does this mean that cancer patients should be routinely exposed to these viruses?

Absolutely not! The viruses used in these early trials have all been engineered to specifically attack cancer cells. Routine exposure to the common forms of these viruses can be deadly to patients with cancer.

Have all of the immunotherapy applications to date been effective?

Sadly, they have not. To date, there have been more virus-based trials that have been ineffective than those that have worked. Still, the trials that have shown benefit hold tremendous promise for the future and are laying the groundwork for future trials.

Have these therapies changed the way we currently treat cancer?

Not yet. Currently, there is no proof that immunotherapy is superior to the current standard of care therapy. The studies conducted to date have been very small, so we cannot extrapolate their data to everyone who has these cancers.

So there you have it—a brief summary of where cancer immunotherapy stands today, and the promise it may hold for the future. As oncologists, we are encouraged now more than ever about what the future holds for cancer treatment. However, it is important to know that reports in the media are often wildly overblown or, at the very least, premature.

Information will update every 5 minutes. ER Wait Times are approximate and provided for informational purposes only. Estimated Wait Times as of: Wednesday, February 1, 2023 3:57 AM