Orlando, FL (November 18, 2022) – Orlando Health has tapped one of its own to become the new president of Orlando Health Horizon West Hospital. Maggie Bonko, FACHE will begin her new role December 1. 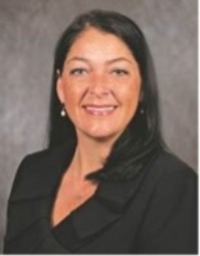 Maggie joined Orlando Health in 2005 as a recruiter and one year later was promoted to the role of manager of recruitment. She became director of human resources in 2010 for both Orlando Health Dr. Phillips and Orlando Health – Health Central Hospital.

“Orlando Health Horizon West Hospital is in the heart of a rapidly growing community. Maggie has the right experience and drive to match that growth inside the hospital by providing additional services and programs that will benefit our patients,” said Philip Koovakada, senior vice president Orlando Health South Central region and president, Orlando Health – Health Central Hospital.

Maggie earned a BA from the University of Kentucky, and a Bachelor and Master of Science from Capella University. She is a member of the American College of Healthcare Executives and the Society for Human Resource Management. Maggie serves on the board of the Sharing Center and the Foundation for Seminole County Public Schools and is a past board member of the Central Florida Zoo and Habitat for Humanity.

Is Tea a Superfood? What You Should Know

Information will update every 5 minutes. ER Wait Times are approximate and provided for informational purposes only. Estimated Wait Times as of: Thursday, December 1, 2022 7:23 AM