Magic Gaming is owned by the Orlando Magic and is one of 21 teams across the country competing in the NBA 2K League, a professional eSports league that began play in May 2018. The league features the best NBA 2K players in the world. Magic Gaming’s six-man roster competes as unique characters in 5-on-5 play against the other teams in a mix of regular-season games, tournaments and playoffs. 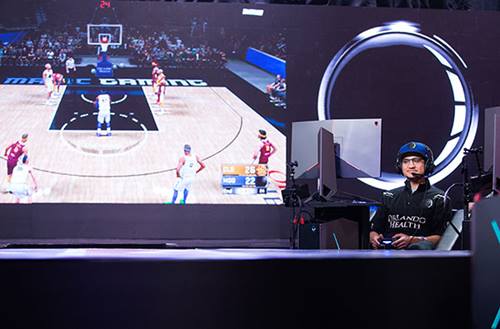 “We’re very excited about this partnership and what it means for us as an organization and the diverse and rapidly growing community of gamers all over the world who are fans and participants in eSports,” says Andy Gardiner, senior vice president of external affairs and community relations at Orlando Health “This is a global stage for the Orlando Health brand and an opportunity to showcase our medical team’s ability to provide the unique care these athletes require to ensure Magic Gaming can compete and win at the highest level.”

Under the agreement, Orlando Health will be the exclusive provider of medical care to Magic Gaming players, including player examinations evaluating overall physical and mental health, as well as services throughout the season and playoffs. Additionally, Orlando Health will serve as jersey sponsor for Magic Gaming, becoming the first health system to have its brand adorn game attire for an NBA 2K League team. 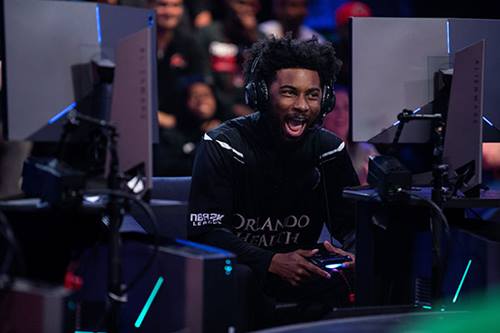 “We are excited to partner with Orlando Health in their shared commitment to ensuring the health and well-being of our athletes," says Director of Magic Gaming Ryan DeVos. “We are looking forward to a long, fruitful relationship with Orlando Health as we prepare to embark on our second season in the NBA 2K League.”

Magic Gaming will soon draft their roster of players for the upcoming season. Orlando Health physicians will meet with the players in the weeks following the draft to conduct medical evaluations and prepare for the season, which begins in early April.

Orlando Health is a $3.4 billion not-for-profit healthcare organization and a community-based network of hospitals, physician practices and outpatient care centers across Central Florida. The organization is home to the area’s only Level One Trauma Centers for adults and pediatrics, and is a statutory teaching hospital system that offers both specialty and community hospitals. More than 2,900 physicians have privileges across the system, which is also one of the area’s largest employers with more than 20,000 employees who serve more than 112,000 inpatients, more than 2.4 million outpatients, and more than 10,000 international patients each year.  Additionally, Orlando Health provides more than $450 million in total value to the community in the form of charity care, community benefit programs and services, community building activities and more. Additional information can be found at www.orlandohealth.com.

Magic Gaming, based in Orlando, Fla., is one of 21 teams competing in the second season of the NBA 2K League. The NBA 2K League is a professional esports league co-founded by the NBA and Take-Two Interactive Software, Inc., which began play in May 2018. The league features the best 126 NBA 2K players in the world. Magic Gaming’s six-man roster competes as unique characters in 5-on-5 play against the other teams in a mix of regular-season games, tournaments and playoffs. Follow Magic Gaming on Twitch – OrlandoMagicGaming, Instagram/Twitter - @MagicGaming, Facebook/Magic Gaming or at www.MagicGaming.gg. 5 Things a Nutritionist Always Has on Hand (and Why) What Can I Do About My Heartburn? Bodyweight Training: The No-Excuse Workout Everyone Can Do

Information will update every 5 minutes. ER Wait Times are approximate and provided for informational purposes only. Estimated Wait Times as of: Tuesday, November 24, 2020 10:52 AM