Orlando Health will begin treating patients with proton therapy the first week of April. Proton therapy is a form of radiation therapy that uses proton beams to treat selected tumors in adult and pediatric patients. The Marjorie and Leonard Williams Center for Proton Therapy will treat cancers of the brain, spine, prostate, lung, breast, gastrointestinal tract, head and neck as well as pediatric cancers. Proton therapy, because it can so precisely tar-get tumors, holds the promise of effective treatment with fewer side effects. This type of therapy limits the dos-age of radiation to adjacent organs, thereby potentially limiting side effects in all patients, and reducing the effect on growth in pediatric patients.

The Marjorie and Leonard Williams Center for Proton Therapy is located along Orange Avenue between Orlando Regional Medical Center and UF Health Cancer Center - Orlando Health. The 15,000 square foot facility, which took four years to build, consists of three floors – two above ground and one underground – in order to accommodate the MEVION S250 superconducting synchrocyclotron proton accelerator. The MEVION S250 is an advanced compact proton therapy system that operates similar to a linear accelerator. The MEVION system at Orlando Health is the 5th system of its kind operating nationwide and one of only 10 currently planned for the United States and Europe.

“We began the conversation to bring proton therapy to Central Florida a decade ago, when there were only a handful of centers around the world and they were huge - the size of football fields,” said Daniel Buchholz, MD, Chairman, Department of Radiation Oncology, UF Health Cancer Center – Orlando Health. “Now because of forward thinking and development of the compact MEVION system we are able to provide the most advanced proton therapy treatment to our patients.”

The first patient to be treated with proton therapy in Central Florida will be Rhea Birusingh, a 37-year-old woman who found out while she was pregnant that she had a benign brain tumor located behind her right eye. The tumor is inoperable and without proton therapy Rhea would face an increased risk of short term memory decline, and loss of eyesight. Her treatment will begin April 6 and is expected to last six weeks.

“Patients such as Rhea help to illustrate the life-changing effect that proton therapy can have on those facing a difficult cancer diagnosis or, as in her case an inoperable benign tumor that could not be treated as well with conventional radiation,” said Naren Ramakrishna, MD, PhD, Director, Proton Therapy, UF Health Cancer Center -Orlando Health. “Proton therapy is a revolutionary treatment option and it is very exciting that we can now offer this to our patients.”

“I am incredibly grateful and excited that I can receive this treatment, by an expert team of professionals, right here in Central Florida where I live,” said Rhea Birusingh, who will be the first proton therapy patient at Orlan-do Health. “As a mother of a newborn baby this allows me the opportunity to be treated without leaving my family and to treat this tumor effectively so that I get to savor these precious moments with my son."

The Marjorie and Leonard Williams Center for Proton Therapy is named in memory of Marjorie Williams, a patient at UF Health Cancer Center - Orlando Health who passed away in September of 2015 following a courageous battle with cancer. Her husband, Leonard, and the Williams Family Foundation provided a leadership gift in her name to Orlando Health to support proton therapy treatment in Central Florida.

Broadcast quality video and photographs can be downloaded for free and unrestricted use via the Orlando Health online newsroom at: http://oh.multimedianewsroom.tv/story.php?id=880&enter=2.

Orlando Health is a $2.3 billion not-for-profit health care organization and a community-based network of phy-sician practices, hospitals, and outpatient care centers throughout Central Florida. The organization is home to the area’s only Level One Trauma Centers for adults and pediatrics and is a statutory teaching hospital system that offers both specialty and community hospitals. More than 2,000 physicians have privileges at Orlando Health, which is also one of the area’s largest employers with more than 15,000 employees who serve nearly 2 million Central Florida residents and more than 4,500 international patients annually. Additionally, Orlando Health provides nearly $235 million in support of community health needs. More information can be found at About Us. 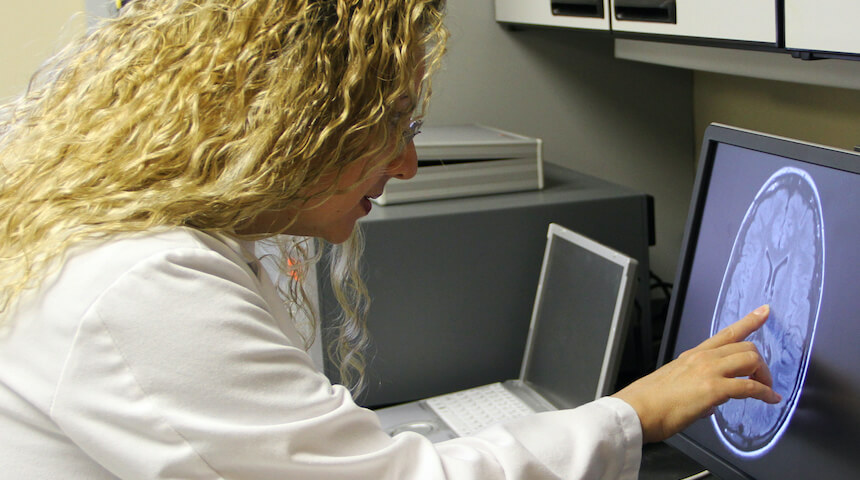 Information will update every 5 minutes. ER Wait Times are approximate and provided for informational purposes only. Estimated Wait Times as of: Saturday, September 24, 2022 5:14 PM