Orlando, FL (June 10, 2021) – The Orlando Health Foundation announced today a $5 million gift to the Level One Trauma Center at Orlando Health Orlando Regional Medical Center (ORMC). The $5 million gift, the largest ever to Orlando Health ORMC, is from a donor who wishes to remain anonymous. The generous gift is for the trauma center expansion to increase surge capacity – a need recognized following the Pulse nightclub incident on June 12, 2016.

“We are amazed by the continued generosity of our community,” said John Bozard, president, Orlando Health Foundation. “We count on philanthropic partners to provide the margin of excellence to better serve our patients when it matters the most. This recent gift helps us to continue our mission to serve the community during those critical times of need.”

The gift will be used to purchase technology and update the functionality of the trauma bay to handle a surge of patients. The expansion design will nearly double the size of the current space. The need for space was highlighted during the 2016 incident as the first 36 patients were received in 36 minutes, quickly filling the trauma bays and patient beds within the Emergency Department.

“We are deeply appreciative of the extraordinary donation,” said Mark A. Jones, president, Orlando Health ORMC. “Such a significant gift will have a tremendous impact in helping improve our ability to provide care for a rapid influx of patients within our trauma bay.”

The trauma bay was originally designed almost 30 years ago to serve an estimated 1,000 patients a year. Last year, 2020, the trauma team treated more than 6,000 trauma patients.

“As the Level One Trauma Center, our team is always prepared and ready to provide care to our community and respond to critical injuries, conditions, and illnesses,” said Joseph Ibrahim, MD, trauma medical director, Orlando Health ORMC. “Being able to expand the trauma bay will provide significant surge capacity during a mass casualty incident – whether a car crash, a fire, a natural disaster, or other incident. We are grateful to the community for its ongoing support of the trauma care we provided during our response to the Pulse tragedy and every day.”

In responding to the Pulse nightclub incident, Orlando Health treated nearly 50 patients. Of those, 44 were treated at the Level One Trauma Center at Orlando Health ORMC. In the first wave of patients, 36 arrived in 36 minutes. In the first 24 hours, 28 trauma surgeries were completed with operating rooms in use simultaneously throughout the day. By early September 2016, all 35 patients who survived had been discharged from the hospital. More than 1,200 team members participated in post trauma support sessions. Since the tragedy, Orlando Health has provided nearly $12 million in unbilled charges for Pulse victims.

The $5 million gift is part of the Foundation’s Improving Our Capacity to Care campaign to build awareness and philanthropic partnerships to support critical needs of the Level One Trauma Center.

For more information about the campaign, please call the Orlando Health Foundation at 321.841.5194.

Founded more than 100 years ago, the healthcare system is recognized around the world for its pediatric and adult Level One Trauma program as well as the only state-accredited Level Two Adult Trauma Center in Pinellas County. It is the home of the nation’s largest neonatal intensive care unit under one roof, the only system in the southeast to offer open fetal surgery to repair the most severe forms of spina bifida, the site of an Olympic athlete training facility and operator of one of the largest and highest performing clinically integrated networks in the region. Orlando Health is a statutory teaching system that pioneers life-changing medical research. The 3,200-bed system includes 15 wholly-owned hospitals and emergency departments; rehabilitation services, cancer and heart institutes, imaging and laboratory services, wound care centers, physician offices for adults and pediatrics, skilled nursing facilities, an in-patient behavioral health facility, home healthcare services in partnership with LHC Group, and urgent care centers in partnership with CareSpot Urgent Care. Nearly 4,200 physicians, representing more than 80 medical specialties and subspecialties have privileges across the Orlando Health system, which employs nearly 22,000 team members. In FY20, Orlando Health served nearly 150,000 inpatients and nearly 3.1 million outpatients. During that same time period, Orlando Health provided approximately $760 million in total value to the communities it serves in the form of charity care, community benefit programs and services, community building activities and more. Additional information can be found at http://www.orlandohealth.com, or follow us on LinkedIn, Facebook, Instagram and Twitter @orlandohealth. 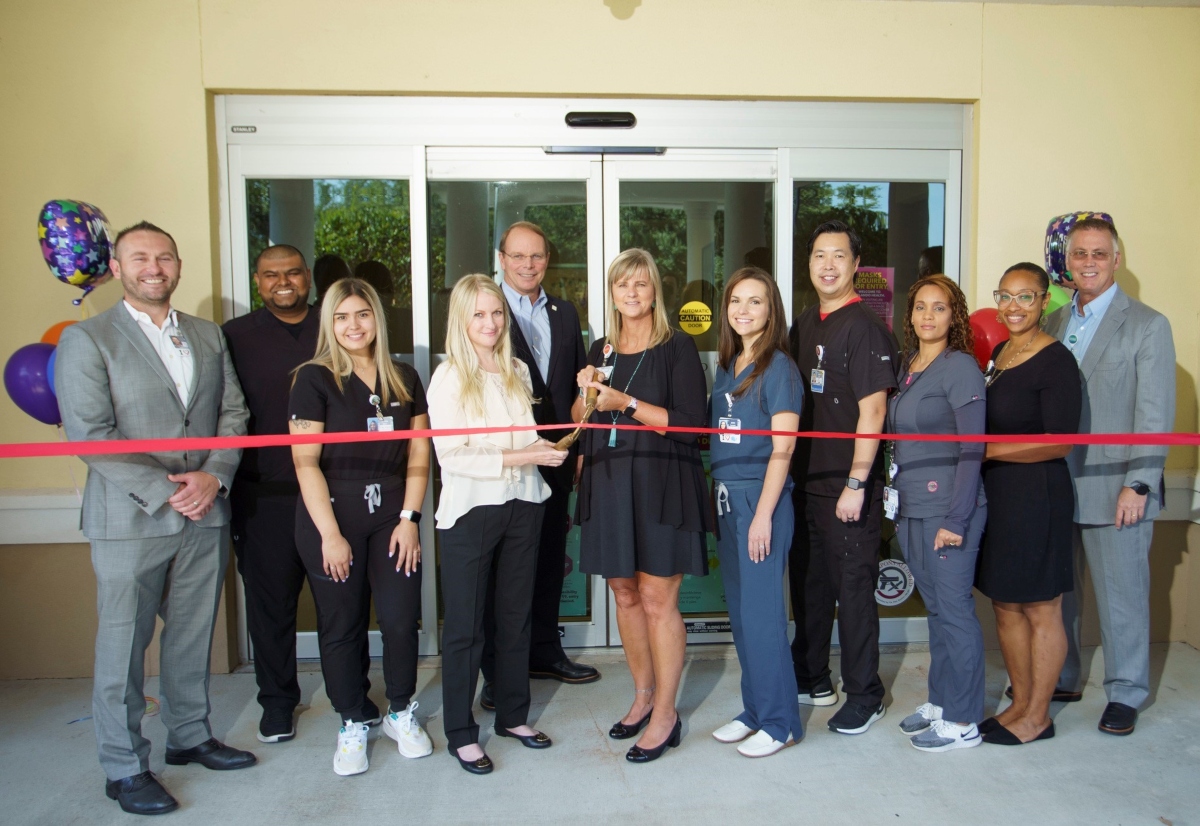 Information will update every 5 minutes. ER Wait Times are approximate and provided for informational purposes only. Estimated Wait Times as of: Wednesday, June 16, 2021 10:24 AM