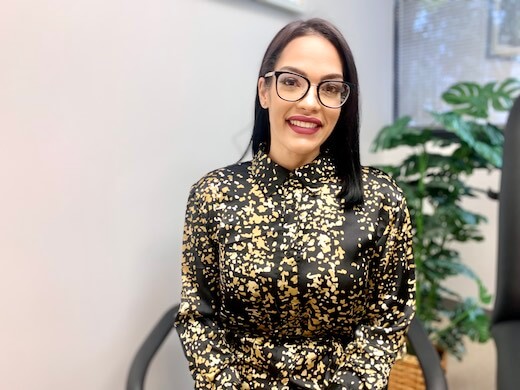 Soda was the hardest thing to kick.

Griselle Mendoza, manager of a busy medical practice, rarely had time to eat properly — or at all — during her shift, subsisting instead on up to five cans of cola a day. “I didn’t eat breakfast, didn’t snack, sometimes didn’t eat lunch,” she recalls.

By the time she left work, she was ravenous. “I would wait till I got home and then eat everything I would see, literally, because your mind says, ‘Oh my God, I’m-starving.’

She knew it wasn’t sustainable. At 28, she had been diagnosed with high cholesterol and a fatty liver, and she was pre-diabetic. She was tired all the time and often nodded off. Her legs hurt. And it was humiliating never to be able to choose the styles she really wanted to wear.

Mendoza was ready to make a drastic change, but what she had in mind would require her to commit to a strict and specific regimen for every day of the rest of her life: no soft drinks, no alcohol. No junk food, no fried foods. Just 4 ounces of coffee a day. Meal planning and portion control would be essential.

Only those who’ve been through bariatric surgery — the path Mendoza had chosen — can imagine just how challenging it would be — or how rewarding.

Growing up, Mendoza — a statuesque 5-foot-8 — had never worried about her weight. Her first pregnancy changed that, and her second was even harder, packing on another 80 pounds. “I just couldn’t find a way to lose all that weight,” she says. She was heavier than she’d ever been, nearly 300 pounds.

Her wardrobe became a flash point. “I just wanted to pile it all up and set it on fire. ‘Be gone!’ There goes the old me.”

She knew of the Orlando Health Weight Loss and Bariatric Surgery Institute because she works at Orlando Health, and she decided she was ready to try it.

In hindsight, that was the easy part. Before surgery could happen, the institute had a strict regimen of its own: Candidates for bariatric surgery must undergo a barrage of screenings — physical, psychological and emotional — as well as pre- and post-procedure counseling, to ensure that they will be able to relinquish old patterns, reprogram their mindset and embrace the life-altering changes to come.

­Not all who seek this path are prepared to take it. Ask Dr. Andre Teixeira, a board-certified bariatric physician at the institute, if he’s ever turned away a patient and the answer is: Absolutely.

“You have people who aren’t ready, or they have medical issues that are so far advanced there’s nothing I can do, their risk outweighs the benefit. Surgery is the easy part — the hardest part is to change the mental component. The problem is, some patients, when they come to us, they haven’t done their homework. Some are pretty surprised at the extent of work they have to do.”

In October 2020, Dr. Teixeira performed robotic gastric bypass surgery on Mendoza, a procedure that reduces stomach size and reroutes the small intestine so less food is absorbed. Patients are left with a much smaller internal space for whatever they consume, which is why keeping a light but steady stream of the right kinds of nutrition flowing through their system is necessary.

The first period of recovery can be deceptive. “You can have your surgery and not do anything else, and you will lose weight” in that honeymoon phase, Dr. Teixeira explains. In reality, that’s the time when successful patients are working the hardest to implement lasting changes in diet, lifestyle and exercise. “I can’t emphasize enough how important that is,” Dr. Teixeira says.

The rewards aren’t limited to size. Issues like Mendoza’s cholesterol and pre-diabetes also generally resolve post-surgery. “That’s why we do it,” Dr. Teixeira says. “It’s not just about weight loss.”

It All Pays Off

For Mendoza, the early days were hard. “At first it was really tough for me because I was used to eating so much junk food,” she says. “Within a couple of months, I had to change all of those habits I had for many, many years.”

Those days after surgery also were painful, which made eating unappealing. That can start a vicious circle — not eating creates gas, which creates more pain and makes eating even less appealing. Movement helps.

“What helped me most was just constant walking,” she says.

‘At first it was really tough for me because I was used to eating so much junk food. I had to change all of those habits I had for many, many years.’– Griselle Mendoza

It was hard at first, too, “when you have a family gathering and you can’t eat what your brother or sister is eating, things that you love,” she says. But as Mendoza started to be able to wear the clothes she had always dreamed of — she went from size 24 to size 6 — the difficulty of the adjustment period paid off.

Since her surgery, Mendoza has lost 130 pounds, stabilizing at about 167 pounds. That makes her a candidate for another surgery, planned in the coming months, for excess skin removal, a common follow-up for bariatric patients once they settle into their new weight.

“I have lost so much weight that the skin of my thighs is just hanging,” she says.

Her success motivated her husband to have the surgery too, “just from him seeing me feeling better about myself and having more energy,” she says. In a year and a half he’s gone from 420 to 243 pounds.

It’s not all about deprivation. “I love to eat steak now!” she says. “Before, we ate fried pork chops, fried chicken — everything was fried. Now we eat roasted potatoes, green beans, steak; those are regular foods.”

Even with all the effort it took to get this far, “I would say it’s totally worth it,” Mendoza says. “At the beginning it’s a struggle, but a few years down the road you’re going to feel better about yourself, when you’re not tired all the time and you’re not falling asleep everywhere, you’re not hurting. Your life is going to change.”

Get Back on Track: How Bariatric Patients Can Return to a Healthy Groove 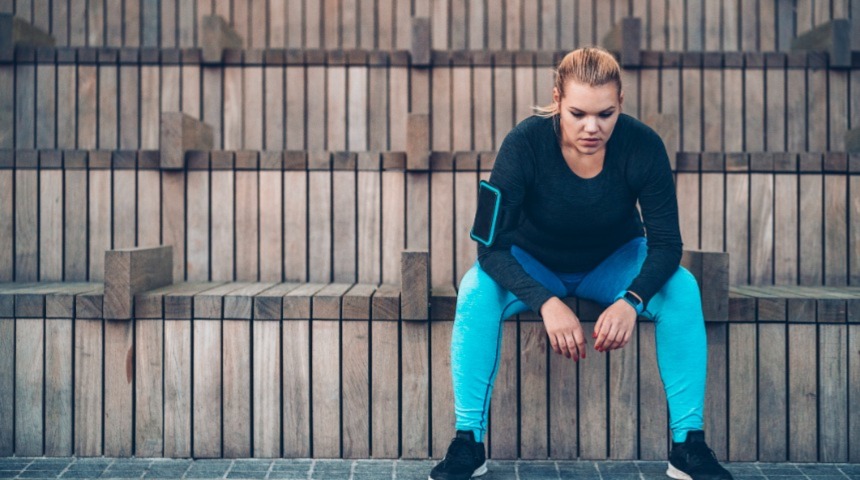 Have You Had Bariatric Surgery? Here’s How To Avoid New Addictions

Information will update every 5 minutes. ER Wait Times are approximate and provided for informational purposes only. Estimated Wait Times as of: Friday, January 27, 2023 1:32 AM