Why Avoiding the Doctor is Men’s #1 Health Problem 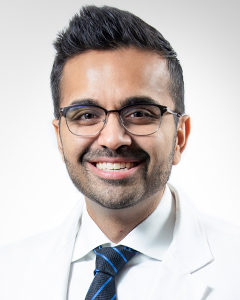 That’s the number one excuse men make for not going to the doctor, according to a survey commissioned by Orlando Health. Next on the list is fear of finding out something may be wrong, followed by discomfort with certain physical exams, such as prostate checks.

Another recent study supports these findings. The study, conducted by Rutgers University researchers, found that men who hold traditional masculine beliefs are less likely to visit a doctor than women. When they do go to the doctor, they are more likely to see a male physician and describe their symptoms as less serious than they actually are.

Whether it’s tough-guy bravado, fear or an attitude of “ignorance is bliss,” not seeing a doctor is jeopardizing men’s health. It’s a huge public health problem that we don’t pay enough attention to, and it’s the main reason Sijo Parekattil, MD, and I started the Drive for Men’s Health three years ago to encourage men to stop making excuses and start making changes.

Men can spend 3­4 hours golfing or watching a ball game every week, or find the time to take a trip to Vegas with their buddies, but they can’t spare 90 minutes a year to get a check-up? That’s inexcusable. As men, we need to make our health more of a priority and that’s what the Drive for Men’s Health campaign is all about.

From June 9 to 18, Dr. Parekattil and I drove across the country in an electric Tesla for the third annual Drive for Men’s Health, a 10­-day, 6,000-mile, coast-­to-­coast journey that took us from Orlando to Atlanta, Washington DC, New York City, Philadelphia, Cleveland, Chicago, Las Vegas, and Los Angeles. As we made these stops, we’ve engaged many men in face-to-face conversations about their health and what they can do to improve it. We also used social media throughout our road trip to engage our followers in much-needed conversation about men’s health issues. This year, we reached over 300 million people with our online and offline efforts, getting men to #dropyourexcuse!

On average, men live five years fewer than women. Compared to women, men also are more likely to die from nine out of the top 10 causes of death in the U.S., which include heart disease, cancer, stroke and diabetes. Women are much proactive about their health than men. This may sound harsh, but this complacency is killing us. Far too many men die or experience compromised quality of life because of preventable diseases. To use an analogy that most men can relate to, our bodies are a lot like our cars. We’ll take the time to do preventative maintenance on our cars, getting tune-ups and oil changes, but we often don’t take the same care of our bodies.


Getting healthier starts with changing your mindset. Dr. Parekattil and I personally know that old habits die hard and that making a lifestyle change is one of the most difficult things you can do.

But we’ve done it — and continue to keep it up every day. The two of us have lost 90 pounds combined and gained muscle mass over the last year, which is critical to maintaining our bodies as we age. If we can do this, it’s possible for every man in America to do the same.

Please join the conversation on Twitter and Instagram by following @drive4men and become a part of the Drive for Men’s Health Community on Facebook. We also ask mothers, wives, sisters and friends to encourage the men in their lives to be more proactive about their health. By working together, we can move the statistics in a more positive direction and close the gap in men’s health.

Finally, in the time it took you to read this blog you could have already made an appointment with your primary care doctor. Whether it’s my friends within Orlando Health or the local primary doctor in your city, drop you excuse and start eating better, getting more active, and engaging your health care providers!
Close
Close
Close
Close
i
If you are experiencing a medical emergency, call 911 immediately.

Information will update every 5 minutes. ER Wait Times are approximate and provided for informational purposes only. Estimated Wait Times as of: Monday, December 5, 2022 12:41 AM