"You Have To Keep Running Toward the Goal"

“It’s hard to believe it’s been five years,” says Paula Blanco. “So much has changed.”

Back then,  Blanco was the running back with the Orlando Anarchy, an all-woman, semi-pro football team.  Early on the morning of June 12, she was at Pulse, celebrating the end of her rookie season with her boyfriend, Cory Connell, and teammates.

As she was about to leave the nightclub, the gunman opened fire. Blanco was shot in her wrist; her boyfriend was fatally shot in the chest. Forty-nine people were killed and 53 wounded. At the time, it was the deadliest mass shooting in U.S. history.

Dr. Brett Lewellyn was on call that morning at Orlando Health Orlando Regional Medical Center (ORMC). At 3:30, his pager went off. By 4:00 am, he was at the hospital.

“It was mayhem,” recalls Dr. Lewellyn, a board-certified orthopedic surgeon specializing in injuries to the arm. “Paula had devastating injuries to her upper extremity, and I don’t use the word ‘devastating’ lightly. The bullet hit her forearm, fractured the bone and cut through the most important nerve and tendons in the arm.”

After Blanco’s surgery, Dr. Lewellyn went to the waiting room expecting to see her family. Instead, he was met by 10 young women – Blanco’s football teammates. “That was the first I knew she was an athlete,” he says. “We all were working so fast, none of us really had the back story on any of our patients. When I explained she had a devastating injury, their collective faces just dropped.”

That’s when Blanco’s teammates shared she also was a pre-med student at the University of Central Florida with dreams of becoming a surgeon herself. With this in mind, Dr. Lewellyn performed six surgeries over several months to reconstruct Blanco’s right wrist, including a tendon transplant, tendon grafts, nerve grafts, skin grafts and bone grafts. Four of those procedures were done during the 16 days  Blanco was in Orlando Health ORMC immediately after the shooting.

“Dr. Lewellyn and the compassion he showed me as a patient were just phenomenal,” says Blanco. “When he knew how important my hands were to me, he did everything to ensure the best functionality.”

‘What the Patient Puts into It’ 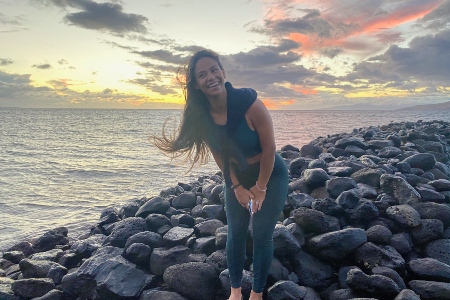 Thanks to her determination and dedication to her therapies, Blanco’s rehabilitation has exceeded her doctor’s expectations. “My job is easy, putting things back together,” Dr. Lewellyn says. “But success depends on what the patient puts into it. I would have been surprised if she had gotten to 50 percent normal function given her injuries. But today, Paula has about 80 percent – which is amazing.”

Blanco credits her faith, family and friends for her focus and the medical experts at Orlando Health for her motivation. “Being a football player teaches you to set and achieve goals,” she says. “You have to keep running toward the goal no matter how many obstacles are in your way, no matter how many times you get knocked down.”

The tragic events of five years ago have not deterred her dreams. If anything, she is more driven. “My faith is very important to me,” says Blanco. “I was on the floor of the club that night, maybe 5 or 6 feet from the shooter, who kept shooting at me. But the bullets went around me. It was weird, like I was being shielded, protected by angels. I believe I am to use this experience to help other people.”

‘Looking at the Positives’

Retired from football, she is now working as a medical scribe and concentrating full time on her dream of helping others as a doctor. Her applications for medical school are complete. Dr. Lewellyn wrote her a letter of recommendation and asked for her help on a case study.

“I believe in looking at the positives,” says Blanco. “Sure, my hand still hurts a lot. I had PTSD [post-traumatic stress disorder]. I lost my boyfriend. But dwelling on the negative doesn’t allow you to move forward.”

Believing her boyfriend is in a better place, she is living her life to make him proud. “I am more compassionate,” says Blanco, now 27. “I feel I am able to connect and sympathize with people at a deeper level. I have faith I will be a good doctor.”

A long-term dream of Blanco’s is to someday be one of Dr. Lewellyn’s residents, learning alongside her mentor. “Wouldn’t that be cool?” she says. “To go from being a Pulse victim to one day working at the same hospital that treated me? That is my goal.” 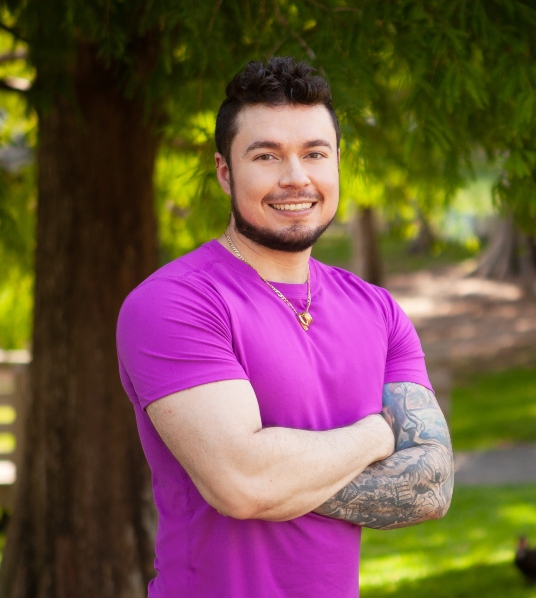 "It Just Made Me a Stronger Person" 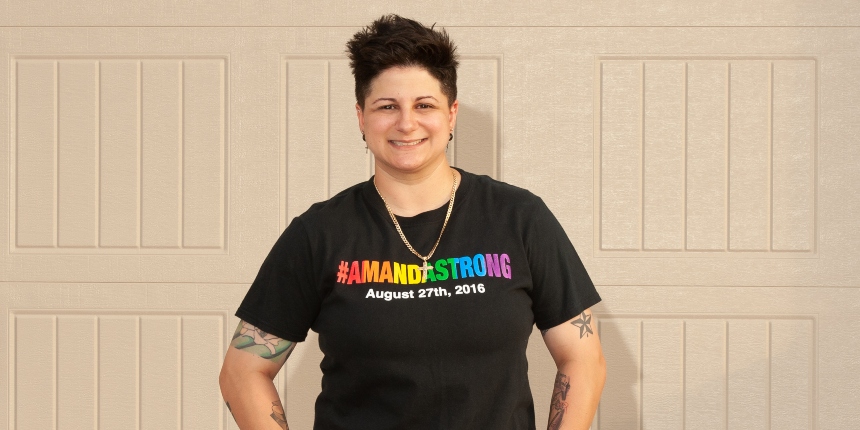 "A Lot of Times at Night I Broke Down"

Information will update every 5 minutes. ER Wait Times are approximate and provided for informational purposes only. Estimated Wait Times as of: Tuesday, May 24, 2022 11:48 AM