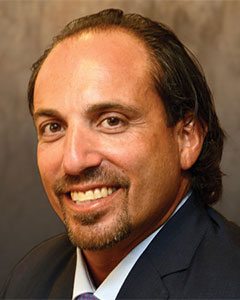 Prior to entering the University of Maryland, Dr. Levitt served in the United States Marine Corps as an Infantryman. He did his General Surgery Residency at Washington Hospital Center in Washington, DC, and was the Chief Administrative Resident in 1996-1997.

He was awarded the John Kesheshian Award for Excellence in Vascular Surgery, and was awarded for being the “Top Resident” at Washington Hospital Center. Dr. Levitt then pursued his Vascular Fellowship at Atlanta Medical Center and did a one year fellowship at the American Cardiovascular Research Institute.

He has published articles in Journal of Vascular Surgery, Journal of Trauma, Journal of American College of Surgery and has also given presentations internationally. Dr. Levitt pursued specialty training in Endovascular procedures at the prestigious Arizona Heart Institute training with Edward B. Dietrich, MD. Dr. Levitt is Board Certified in both General and Vascular Surgery.

Information will update every 5 minutes. ER Wait Times are approximate and provided for informational purposes only. Estimated Wait Times as of: Thursday, August 11, 2022 8:35 PM