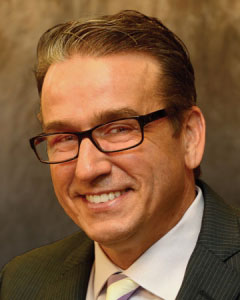 Charles is a native of New Orleans, Louisiana and a graduate of the University of Florida.

He obtained his medical degree from the University of Miami in 1993 and performed his general surgery and vascular surgery training at Louisiana State Medical Center in New Orleans. Recognized as the outstanding intern at Charity Hospital on the LSU service, he also received the outstanding teaching award by the LSU medical school’s Aesculapian Society two years in a row. He pursued specialty training in endovascular procedures at the prestigious Arizona Heart Institute and was awarded the Cardiovascular Fellow’s Award in 2001.

Dr. Thompson is board certified in general and vascular surgery by the American Board of Surgery. Dr. Thompson has authored over 25 scientific articles and has given presentations at regional, national, and international medical conferences. He has participated in numerous research trials using new devices and techniques for the treatment of vascular diseases including abdominal aneurysm repair, carotid stenting, stem cell research and venous disease.

He is a Fellow of the American College of Surgeons, a member of the Florida Vascular Society and the International Society for Endovascular Specialists.Dr. Thompson was instrumental in creating the endovascular surgery program at Orlando Regional Medical Center.  He has served as a proctor for many physicians in endovascular techniques and is an advisor for device development. Dr. Thompson is a member of the board of directors of Remote Medicine and has volunteered abroad providing medical care in South and Central America.

Information will update every 5 minutes. ER Wait Times are approximate and provided for informational purposes only. Estimated Wait Times as of: Sunday, November 28, 2021 1:45 PM