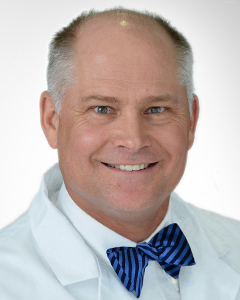 Eric L. Saunders, MD, is a board-certified radiation oncologist at Orlando Health Cancer Institute. He is dedicated to providing exceptional care to his patients and committed to leveraging the resources of the only cancer center in Central Florida recognized by the state as a Cancer Center of Excellence. Dr. Saunders is trained in proton therapy, a new advanced treatment instituted at Orlando Health in 2016, and only available in a few cancer centers nationwide.

Information will update every 5 minutes. ER Wait Times are approximate and provided for informational purposes only. Estimated Wait Times as of: Sunday, September 25, 2022 10:28 AM