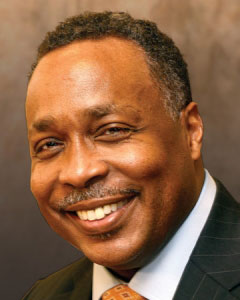 Jon M. Wesley, M.D., F.A.C.S. completed his general surgery residency at Howard University Hospital in Washington, D.C. with two years dedicated to intensive research at the National Institutes of Health in Bethesda, MD. Dr.Wesley went on to complete specialty training in vascular surgery at the University of Wisconsin Hospitals and Clinics in Madison, WI. He subsequently held a faculty position at the University of Wisconsin before joining Vascular Specialists of Central Florida.

Dr. Wesley received numerous awards during his training and has scientific articles published in major peer-reviewed journals. He has also given presentations at national scientific forums.

As a diplomat of the American Board of Surgery, he is board certified in general surgery and vascular surgery. He is a founding member of the International Vascular Surgical Society.

Information will update every 5 minutes. ER Wait Times are approximate and provided for informational purposes only. Estimated Wait Times as of: Wednesday, August 17, 2022 1:00 AM