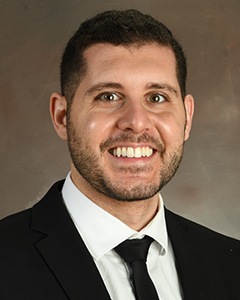 M. Kareem Shaath, MD, is a fellowship-trained orthopedic trauma surgeon with the Orlando Health Jewett Orthopedic Institute. Certified by the American Board of Orthopedic Surgery, Dr. Shaath has advanced training in caring for severely injured patients with complex fractures and dislocations. He treats injuries to the upper and lower extremities as well as the pelvis and acetabulum. He also treats patients with complex orthopedic conditions such as infected or non-healing fractures, post-traumatic deformities, and sacroiliac arthritis. Dr. Shaath also serves as the Chief of Orthopedic Research for the Orlando Health Jewett Orthopedic Institute.

Dr. Shaath has published extensively and is a frequent presenter at national and international medical conferences. He is fluent in both English and Arabic.

Is My Ankle Sprained or Fractured? What Tiger Woods’ Injuries Mean for His Golf Career

Information will update every 5 minutes. ER Wait Times are approximate and provided for informational purposes only. Estimated Wait Times as of: Thursday, January 27, 2022 6:42 AM