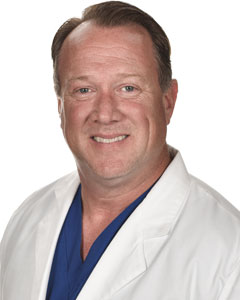 Thomas P. Enyart, DO, FACOOG, is a board-certified obstetrician and gynecologist with Orlando Health Physician Associates. He cares for patients through all stages of life from adolescence to pregnancy to menopause. He provides a full range of gynecological and obstetrical care, including well woman visits and minimally invasive procedures. He has special interests in minimally invasive surgery and robotics.

Dr. Enyart earned his medical degree from the Philadelphia College of Osteopathic Medicine, where he also completed his internship and residency in obstetrics and gynecology. He earned a bachelor’s degree in biology from Indiana University of Pennsylvania. After his residency, Dr. Enyart served as a major in the United States Army for five years and was an attending physician at General Leonard Wood Army Community Hospital in Missouri. Baby on Board: Advice for New Moms Returning to the Workplace What Every Woman Should Know Before Freezing Her Eggs

Information will update every 5 minutes. ER Wait Times are approximate and provided for informational purposes only. Estimated Wait Times as of: Saturday, February 4, 2023 3:30 PM