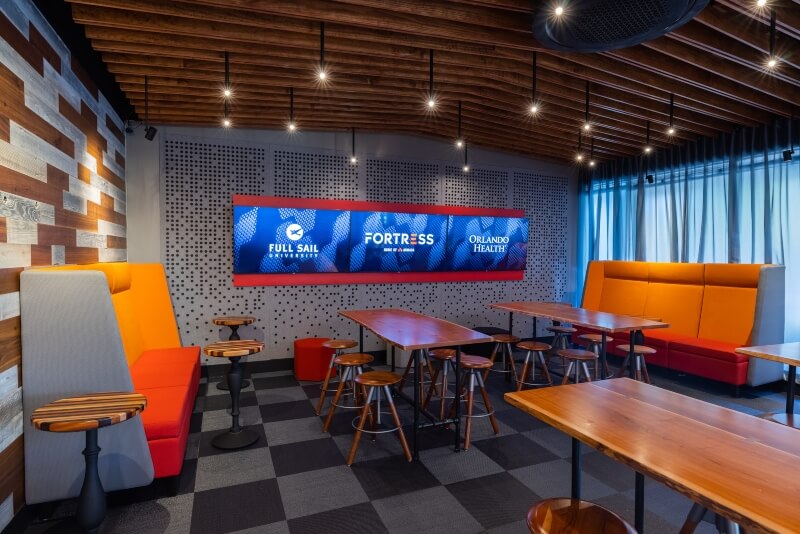 “For over 100 years, Orlando Health has been an industry leader in serving the health and well-being needs of our community,” stated Brett Lewellyn, M.D., orthopedic surgeon with Orlando Health Jewett Orthopedic Institute. “With a growing understanding of the health benefits associated with esports and gaming, it was only natural for us to seek out a partner whose commitment to advancing research, as well as a deep rooted belief in positively advancing the future of individuals, matched our own. We have found this partner in Full Sail University.”

With both entities holding firm beliefs in the betterment of future generations, an integral component of the collaboration for both Orlando Health and Full Sail University was to establish a scholarship initiative. While both parties have chosen not to disclose the financial terms of the partnership, both have committed to utilizing a portion of the proceeds which will award $50,000 in scholarship funds per year during the term of the multi-year relationship to qualifying Full Sail University students.

“Today marks an exciting chapter for our university as we stand alongside our friends and partners at Orlando Health in unveiling the newly renamed Full Sail University Orlando Health Fortress,” said Full Sail University President Garry Jones. “The technical prowess of the facility and the innovative ability of our students, staff and faculty, partnered with the medical expertise of Orlando Health will help to propel both of our institutions into the future, while further solidifying our regions impact across the esports, research and the healthcare industries.”

Full Sail University is an award-winning educational leader for those pursuing careers in entertainment, media, arts and technology. Founded in 1979, Full Sail has received accolades throughout its 40+ year history, including most recently: One of the 2020 “Top Graduate & Undergraduate Schools to Study Game Design” by The Princeton Review, one of the "10 Most Elite Collegiate Esports Facilities 2020" and one of the 2020 “15 Most Elite Universities for Pursuing Esports Careers in North America” both by eFuse. The Florida Association of Postsecondary Schools and Colleges also named Full Sail the 2019 “School/College of the Year.” Full Sail University is a graduate and undergraduate degree-granting institution offering on-campus and online degree programs in areas related to Art & Design, Business, Film & Television, Games, Media & Communications, Music & Recording, Sports, and Emerging Technology. With over 78,950+ graduates worldwide, Full Sail alumni have worked on countless award-winning projects with individual recognition including Oscar®, Emmy®, GRAMMY®, ADDY®, and Video Game Award honors. Visit FullSail.edu or join the conversation on social at Facebook.com/FullSailUniversity and Twitter.com/FullSail.

Founded more than 100 years ago, the healthcare system is recognized around the world for its pediatric and adult Level One Trauma program as well as the only state-accredited Level Two Adult Trauma Center in Pinellas County. It is the home of the nation’s largest neonatal intensive care unit under one roof, the only system in the southeast to offer open fetal surgery to repair the most severe forms of spina bifida, the site of an Olympic athlete training facility and operator of one of the largest and highest performing clinically integrated networks in the region. Orlando Health is a statutory teaching system that pioneers life-changing medical research. The 3,200-bed system includes 15 wholly-owned hospitals and emergency departments; rehabilitation services, cancer and heart institutes, imaging and laboratory services, wound care centers, physician offices for adults and pediatrics, skilled nursing facilities, an in-patient behavioral health facility, home healthcare services in partnership with LHC Group, and urgent care centers in partnership with CareSpot Urgent Care. Nearly 4,200 physicians, representing more than 80 medical specialties and subspecialties have privileges across the Orlando Health system, which employs nearly 22,000 team members. In FY20, Orlando Health served nearly 150,000 inpatients and nearly 3.1 million outpatients. During that same time period, Orlando Health provided approximately $760 million in total value to the communities it serves in the form of charity care, community benefit programs and services, community building activities and more. Additional information can be found at http://www.orlandohealth.com. Do I Have an Enlarged Prostate? 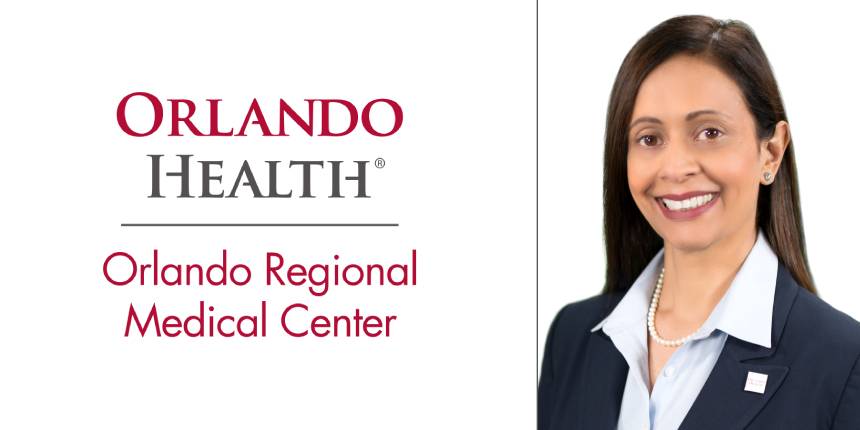 Memory Loss: It's Not Always About Aging

Information will update every 5 minutes. ER Wait Times are approximate and provided for informational purposes only. Estimated Wait Times as of: Sunday, April 11, 2021 2:43 AM