Orlando, FL (October 4, 2019) – Orlando Health UF Health Cancer Center kicked off Breast Cancer Awareness Month with a parade of pink public safety vehicles rolling down one of Orlando’s busiest streets.
Local law enforcement and fire rescue vehicles were wrapped in pink to honor the thousands of breast cancer patients and survivors who battle the disease every year. This is the third year Orlando Health has partnered with first responders. Each of the agencies will sport the pink-wrapped vehicles throughout the month of October for breast cancer awareness. Agencies participating in the Pink Parade include:

In addition to the vehicles in the parade, other Central Florida law enforcement agencies and fire departments partnered with Orlando Health to wrap vehicles in pink and commemorate breast cancer awareness month. Those agencies include:

“Every October, it’s important to celebrate the amazing stories of survivorship and to continue to build awareness throughout the community,” said Dr. Nikita Shah, breast cancer specialist at Orlando Health UF Health Cancer Center. “We are so appreciative of our local first responders for playing such an important role in helping our team spread the word about breast cancer.”

“This event means a lot to me as a way to commemorate the lives of those who are no longer with us due to breast cancer, like my close friend Officer Karen Long,” said Patty Sheehan, commissioner for the City of Orlando. “The Pink Parade is all about our community coming together to show support for breast cancer survivors and the patients still fighting this disease.”

Orlando Health is a $3.4 billion not-for-profit healthcare organization and a community-based network of hospitals, physician practices and outpatient care centers across Central Florida. The organization is home to the area’s only Level One Trauma Centers for adults and pediatrics, and is a statutory teaching hospital system that offers both specialty and community hospitals. More than 2,900 physicians have privileges across the system, which is also one of the area’s largest employers with more than 20,000 employees who serve more than 112,000 inpatients, more than 2.4 million outpatients, and more than 10,000 international patients each year.  Additionally, Orlando Health provides more than $450 million in total value to the community in the form of charity care, community benefit programs and services, community building activities and more. Additional information can be found at www.orlandohealth.com. 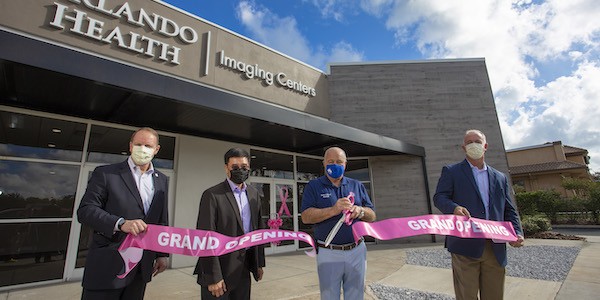 Information will update every 5 minutes. ER Wait Times are approximate and provided for informational purposes only. Estimated Wait Times as of: Friday, January 15, 2021 9:20 PM