Should You Get an IUD? Benefits, Risks Explained 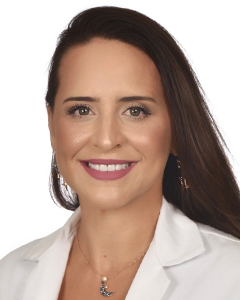 Based on myths or problems with IUDs many years ago, your mother or grandmother may warn you against choosing this method of birth control.

But all of those negative tales have essentially been proven untrue. Study after study has shown that IUDs are safe.

IUDs are a no-fuss birth control option, and they work well.

Here’s what we know:

Some women may have experienced these issues many years ago when IUDs came in all kinds of shapes, sizes and materials. Today, only five types of IUDs are sold in the United States, and the medical community at large deems them safe for most women.

What Is an IUD?

An IUD is a T-shaped plastic device that prevents pregnancy when it is inserted into a woman’s uterus by a doctor, midwife or nurse practitioner. This is done during a short in-office or outpatient procedure. No further action or product is necessary to keep you from getting pregnant until the IUD is removed, which will likely be several years later.

There are two types of IUD, and they work differently:

Copper IUD (Copper T Intrauterine Device) — These IUDs are wrapped in copper. Sperm avoid copper, so they are unable to reach the egg released by your ovary. The copper might even kill both the egg and the sperm, according to some studies. Copper IUDs work for eight to 10 years, meaning once you get one, you won’t have to worry about birth control for about a decade.

Hormonal IUD (Levonorgestrel intrauterine system) — Hormonal IUDs are made from a similar plastic T, but they are treated with the hormone progestin. The progestin thickens the mucus inside the cervix, essentially stopping the sperm before it can reach any eggs. In some cases, the progestin even puts an end to ovulation. In that case, there will be no eggs in your uterus to fertilize. Four types of hormonal IUDs are on the market. Each has a different amount of progestin. They work for three to eight years, depending on which you choose.

Benefits of an IUD

The most obvious reason to get an IUD is that it stops you from getting pregnant — for many years. You won’t need to remember to take a pill every day, or replace a patch or vaginal ring weekly, or insert a diaphragm or cervical ring regularly, or get a shot every three months, or risk a condom tearing. But that’s not all.

Easier menstruation. If you have heavy periods or cramp badly during menstruation, an IUD may fix your problem. Hormonal IUDs can cause your uterus to get thinner. That leads to less bleeding in most women, and fewer cramps.

Your body stays the same. Your weight, your sex drive, your reactions to medications, your sexual experience, your milk production if applicable … nothing changes. You won’t even get bloated from it. As for ovulation — no worries there. You can get pregnant as soon as you have the IUD removed.

It’s affordable. Most insurance plans cover IUDs, meaning you’ll pay, at most, a co-pay one time and have no more financial obligation related to birth control.

IUDs can even prevent pregnancy after the fact. The copper IUD is 99 percent likely to end a pregnancy if it’s inserted within 120 hours after having unprotected sex. That’s similar to how the so-called morning-after pill works, only the IUD gives you a window of five days instead of three. Plus, you can keep it in place for a few years so you’ll be protected for a long time. New studies are looking into hormonal IUDs as a form of emergency contraception, as well.

Risks of an IUD

IUDs aren’t for everyone. Insertion can be uncomfortable. The discomfort lasts for only a few minutes, and that’s during the actual procedure. If you have a low tolerance for pain, ask to have the area numbed with anesthesia called a cervical block.

In very rare cases — in a little over half of one percent of women with IUDs, an IUD can perforate your uterus when it’s being inserted or removed. This is most likely to happen within six weeks of giving birth, especially if you’re breastfeeding.

Also, some women aren’t candidates for IUDs. Do not get one if you currently have breast cancer, an active infection or a structural defect on your uterus. And if you’re allergic to copper or have Wilson’s disease? Get a hormonal version instead.

Risks are few and rare. Occasionally women do get pregnant while using an IUD. Then the device has to be removed immediately, both to keep the baby safe and to avoid pregnancy complications. Also rarely, an IUD can slip part or all of the way out. See your health professional if that happens.

Unless you’re in an exclusive relationship with only one man, you should insist that all your partners use a condom as an extra precaution against sexually transmitted diseases. IUDs do not prevent STDs.

All in all though, IUDs are a reliable method of contraception. They are long-acting, affordable, reversible and effective, and complications are rare. They’re a good option for most sexually active women of child-bearing age who are not looking to get pregnant in the near future. Information will update every 5 minutes. ER Wait Times are approximate and provided for informational purposes only. Estimated Wait Times as of: Monday, October 3, 2022 4:09 PM