I CHOOSE EXTRAORDINARY CARE TO BEAT THE OODS.

I CHOOSE EXTRAORDINARY CARE TO BEAT THE OODS. 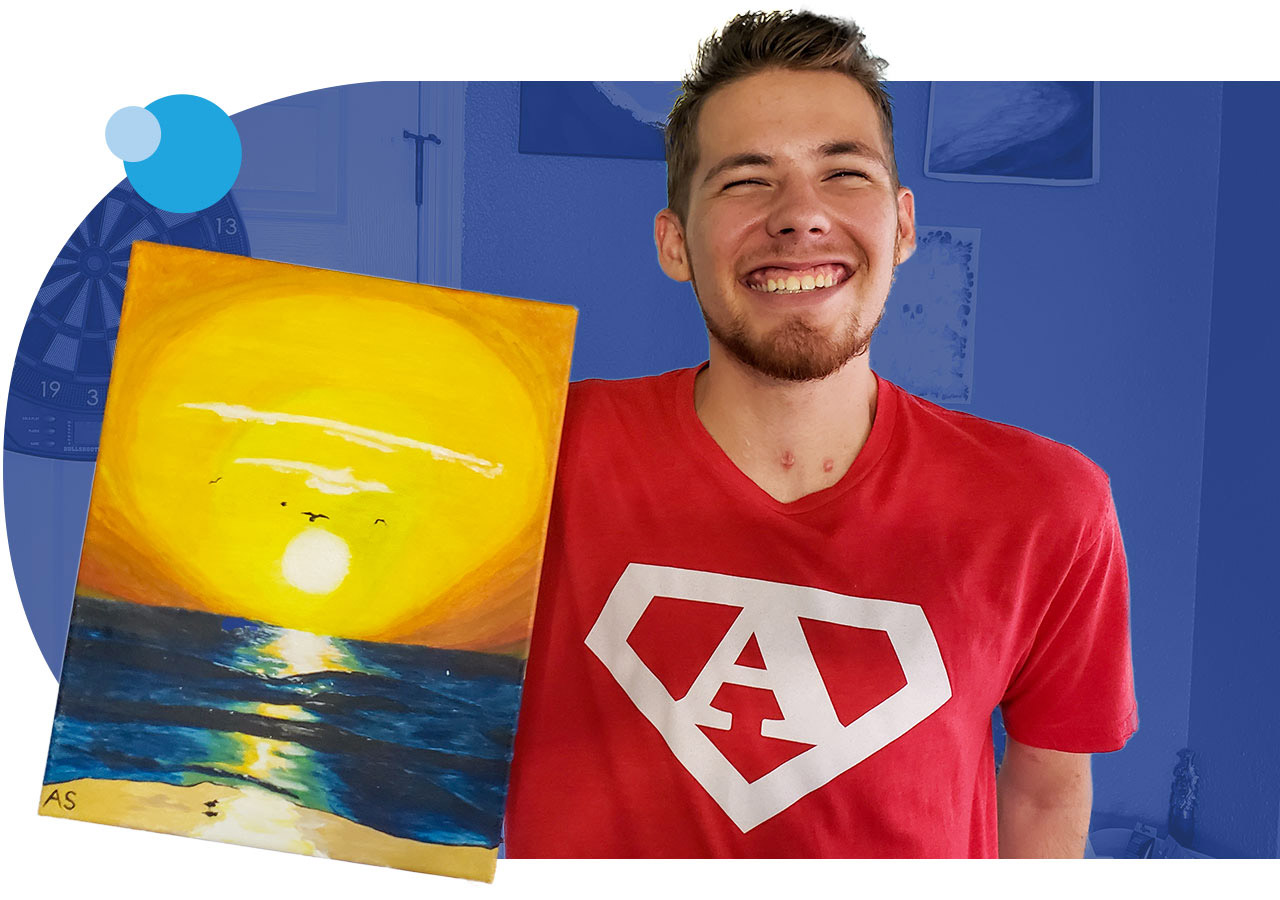 As a diligent college student and apprentice working towards his engineering degree, Austyn has always persevered to champion challenges and better himself in the process. But it was in November 2018 that he faced an obstacle unlike any other. After a 13-hour shift at his HVAC apprenticeship, he was on his way home when he swerved off the road and struck a tree. The impact was so great that his car wrapped around the trunk and first responders had to use the jaws of life to remove him.

Completely unresponsive, Austyn was transferred to a nearby trauma center. Once Austyn’s mom, Karolina, arrived, she tried to make sense of the situation as a nurse and mother. But as she asked questions about Austyn’s condition, she was unhappy with the lack of answers. All she knew was that her son was severely injured.

Desperate for answers and a team she could trust, Karolina requested that Austyn be transferred to Orlando Health Orlando Regional Medical Center.

“They didn’t just step in, they stepped up.”

“They didn’t just step in, they stepped up.” 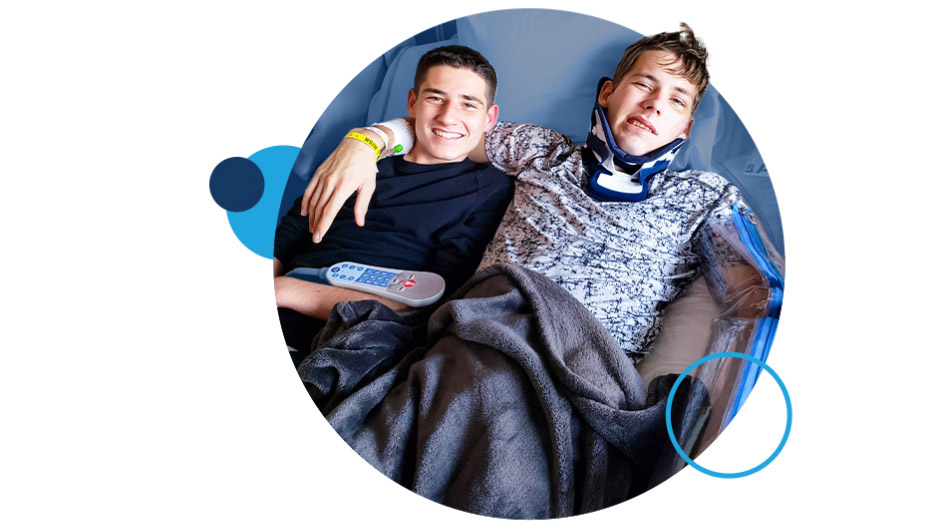 Once at Orlando Health Orlando Regional Medical Center, Austyn was admitted to the intensive care unit. Dr. Marshall Cress, a neurosurgeon with Orlando Health Neuroscience and Rehabilitation Institute Neurosurgery Group reviewed Austyn’s CT scan with Karolina and her husband. They learned that their son had sustained a very severe brain injury with multiple bleeds.

The clinical team delivered the unfortunate news that Austyn most likely wouldn’t survive and suggested the family say their goodbyes. As a nurse who had worked with brain injury patients herself, Karolina was experiencing the situation in a way she never imagined. However, Austyn’s willpower proved to be stronger than the fight he faced, and he began showing remarkable signs of potential recovery.

The morning after the accident, Austyn experienced involuntary extensions of the arms and legs, called posturing. Though posturing is a sign of brain injury, it was considered an improvement because it was movement he hadn’t demonstrated before. When he heard about Austyn’s posturing, Dr. Cress was determined to elicit a more cognitive response. After five minutes of stimulation, Austyn grabbed Dr. Cress’ arm. The physician looked at Karolina and said “well, that’s a game changer.”

Despite only a 10% chance of survival and a 99% chance he would be in persistent a vegetative state, the team continued delivering treatment as if Austyn would make a 100% recovery. Soon, their constant care paid off, and just 50 hours after the accident, Austyn opened his eyes. And to make the moment even more miraculous, his family could tell he recognized them. “We were like, ‘Austyn is still in there,’” Karolina said. “Everyone kind of jumped on board after Austyn opened his eyes and we had every resource you could think of.” 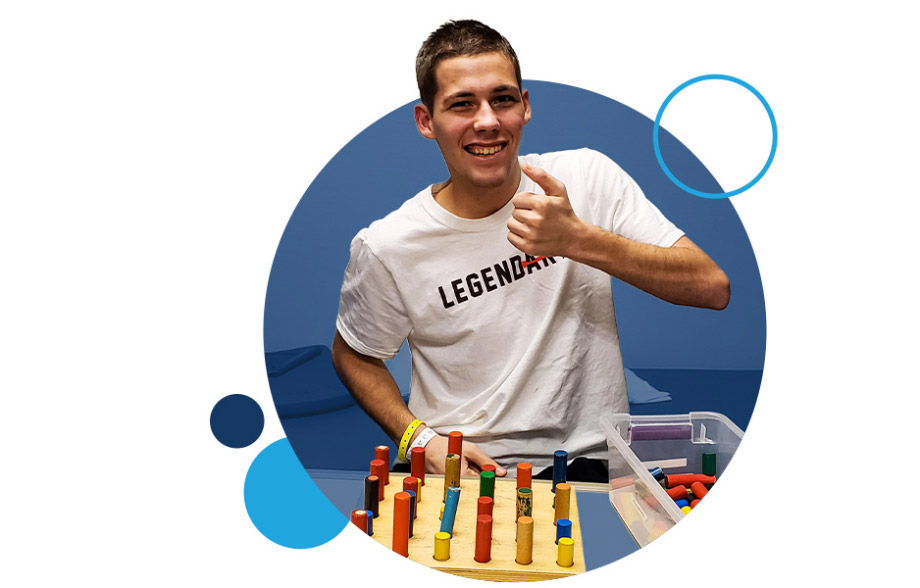 While Austyn was in the ICU, occupational and physical therapists taught Karolina and her husband how to work with their son. The couple began moving Austyn’s arms and legs to keep his muscles active. He also began speech therapy and was able to say his name and “I love you” just nine days after the accident which brought his loved ones to tears.

Initially, the team thought Austyn would need to go to a long-term care facility. Instead, after 11 days in the ICU, Austyn was transferred to Orlando Health Orlando Regional Medical Center’s ICU step-down unit for just one week. He was then transferred to the Orlando Health Orlando Regional Medical Center Institute for Advanced Rehabilitation. At the time, Austyn was unable to move his neck or even hold his head up. His physical therapist, Crissy, laid on the floor to look up into Austyn’s eyes as they spoke, a compassionate gesture his mom will never forget. “I couldn’t believe someone would be willing to lay down on the floor to give my son some dignity back so they could talk to him about his plan of care and make him feel like things are going to be OK,” Karolina said. “It was just the most amazing experience.”

Because the family’s insurance allowed just five weeks in the facility, the rehab team had to work quickly. To trigger muscle memory, Austyn’s physical therapists helped him walk the halls with a walker and their support by moving his legs. Soon after, Austyn was doing sit ups in bed. Within a few days, Austyn walked on his own with the aid of a walker. From there, he started meeting his weekly goals in just one day.

For occupational therapy, his team incorporated cooking, painting and other creative methods to help him regain movement in his left arm, which he hadn't moved in over a month. And when Austyn expressed that he wanted to learn to dance again for a wedding he’d be attending, Crissy incorporated a dance routine into his sessions. 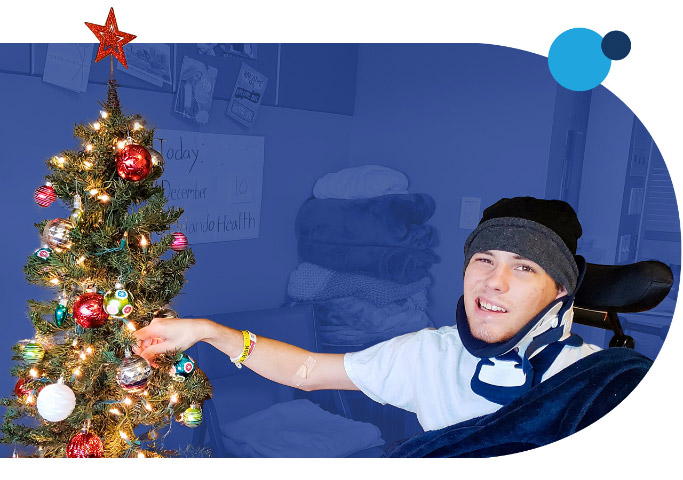 Four days before Christmas–and a week ahead of schedule–Austyn was discharged and able to spend the holidays at home with his family. He walked across Orlando Health ORMC Institute for Advanced Rehabilitation’s finish line needing only the support of a cane. As a mom who just weeks earlier feared she may never have another Christmas with her son, Karolina was overjoyed to have her family complete for the holidays. “It was the best and most wonderful early Christmas present we could’ve ever asked for. A true miracle.”

Karolina says Austyn’s persistence is her motivation every day. He’s now pursuing an engineering degree at Seminole State College. He recently passed his first engineering course with an A and is continuing neuropsychology with Orlando Health that has aided in his ability to learn. “He just blows me away every day,” Karolina said. “There’s nothing I can complain about because I wake up and I’ve got him smiling and laughing just so grateful to be alive. He has all these challenges and instead of letting it upset him, he finds a way to try to improve them or work around them. He’s my daily inspiration and truly my hero.” 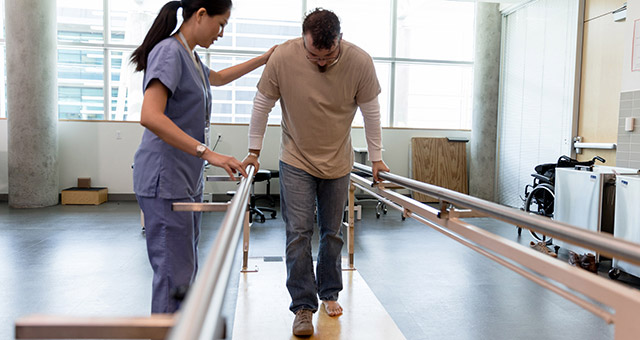 Our unit-based therapists offer the highest level of specialized care and comprehensive rehabilitation services to support each patient’s safe and fast recovery. 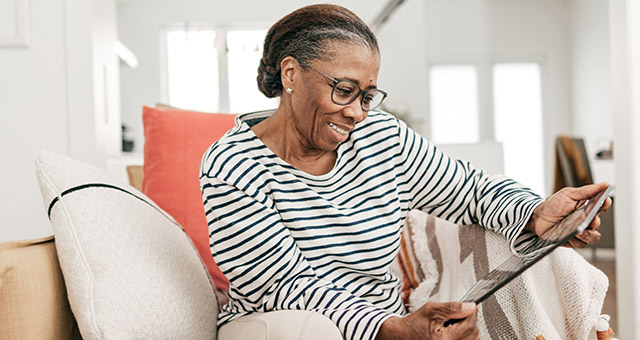