I’m lucky to be alive.

Not everyone is fortunate enough to survive a brain aneurysm. But that’s what happened to me, and I know I’m incredibly lucky to be alive to talk about it.

It seemed like an ordinary night when it happened. I was putting the finishing touches on my makeup and just minutes from heading out the door to dinner with my husband of 22 years. That’s when I heard and felt sounds and sensations that were very strange. The best way I can describe it is that it sounded like steam was coming out both of my ears and near my shoulder blades. Then I felt a strong headache come on, and knew we needed to call 911.

It wasn’t long before an ambulance was rushing me to Orlando Health — Health Central Hospital, which is a few miles from our home. At the ER, Dr. Eric Wiepert ran a brain CT scan and identified the source of my problem: a blood vessel had ruptured and was bleeding internally.

I was then transported via helicopter to Orlando Health Orlando Regional Medical Center where I received care from neurosurgeon Dr. Jay Vachhani. After draining the blood from my brain, he used minimally invasive surgery to repair the small artery that was ruptured. I found out later that it was an especially small artery that required very intricate surgery. I’m so grateful that I landed in Dr. Vachhani’s care. He wasn’t only a great surgeon, he really cared and it showed

My recovery in the hospital lasted three-and-a-half weeks. Everyone who cared for me at Orlando Health was so patient and accommodating. I want to thank each one of them.

I learned later just how lucky I was to be alive. According to Dr. Vachhani, about one-third of all patients die from brain aneurysms before they even arrive at the hospital, one-third survive with lingering symptoms, and one-third survive following treatment without any symptoms — that’s me.

I was so lucky that I didn’t even need speech or physical therapy. My doctor said that what likely played a positive role in my recovery was how strong my mind and body were. In fact, I was able to stop all my medications a week after I returned home.

Four-and-a-half months after the night I had my brain aneurysm, I was able to return to my normal life. I was given the green light to go back to my job again. I perceive life a bit differently now. And I don’t let problems bother me like they did before: stuff is just stuff.

Wherever I can make a difference moving forward, I'm going to. This whole experience has given me a new lease on life. 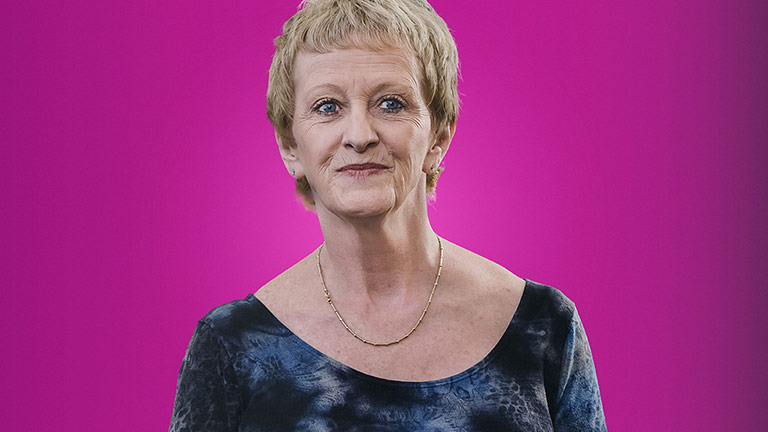 I got life-saving care when I needed it most.

What started as a date night with my husband  turned into an ambulance ride, a trip inside a helicopter, and emergency surgery to repair my brain aneurysm. Neurosurgeon Dr. Jay Vachhani and the team at Orlando Health made sure I got the right kind of care when I needed it most.

Check out recent blog articles from our physicians related to neurology and other trending healthcare topics.

Find a Physician that specializes in Neurological Surgery.