I CHOOSE CARE THAT BRINGS MY HEART COMFORT.

I CHOOSE CARE THAT BRINGS MY HEART COMFORT.

I work as a community relations executive and was attending a fundraising gala for Kids Beating Cancer at the Waldorf Astoria Orlando in September 2018 when I suddenly felt extremely fatigued. It was the end of a busy travel week, and I was so tired that I felt like I could literally pass out. I knew something was definitely wrong when a colleague sitting next to me pointed out that I was talking very slowly and didn’t look well.

My friend Karen offered to take me to an emergency room. I said okay, but that I wanted to go to Orlando Health Orlando Regional Medical Center (ORMC), even though it was not the closest hospital. Orlando Health has been a part of my family for a long time. Both of my children were born at Arnold Palmer Medical Center, and my father worked at Orlando Health for 11 years. I knew I would get excellent care there.

During the 30-minute drive there, Karen had me perform the stroke test. I passed, since I was able to raise both my arms above my head, smile normally and stick out my tongue. However, what terrified me was the thought that I was demonstrating the same symptoms of a rare brain disease that my mother had died from 17 years ago.

From the moment I arrived at ORMC, I received great care. I was terrified and was doing everything I could to hold it together. But every person who came into my room entered it with a kind and happy demeanor that helped me remain calm. Everyone was present and engaging in a way that allowed me to feel as comfortable as I could with what was a terrifying situation. They were caring for my heart, and they didn’t even really know it.

The medical team began a series of tests that would last through the next day. While awaiting the results of my first tests, I logged onto Facebook from my phone and discovered that a dear friend and community relations mentor, Nancy Gidusko, had been admitted to Cornerstone Hospice on the 7th floor of ORMC. Nancy was the former director of community relations at Walt Disney World and had generously mentored me and others through the years. I said to Karen that we had to go see her. I asked my nurse, Colleen, if she could see if that would be possible. I didn’t really expect to be able to leave the ER and go up to the 7th floor at 11:30 at night, but Colleen reached out to the family and they said yes, they would love for us to come see Nancy.

They put me in a wheelchair and wheeled me up there in my hospital gown accompanied by Karen in her ballgown. We saw Nancy and told her how much we loved and admired her. What an honor it was to be in that sacred space and to get to say thank you and tell her how grateful we were to be part of her life.

On our way back down to the ER, I said to Karen I was confident that I was fine – that I was just experiencing dehydration because I hadn’t taken good care of myself the past week while traveling, and that the real reason we were there was to say goodbye to Nancy.

Following more tests the next day, my hunch was confirmed. A CT scan, MRI and various blood tests confirmed that my only issue was that I had been dehydrated with low potassium levels. The ER doctor I had was able to compare my blood work with some other recent blood work I had done by another Orlando Health specialist. In comparing my potassium level to my previous record, he was able to determine that it was low.

My eventful weekend ended with wonderful, good news. I did not have the rare brain disease that my mother had. I will be forever grateful for the care I received that fateful weekend. I chose to go to Orlando Health ORMC because I knew I would receive outstanding medical care – that was the baseline. But the above-and-beyond piece for me was the heartwarming care and comfort I received as a person. And the meaningful piece of being able to see my sweet friend in her last hours, I could not have possibly predicted. It was a true gift. 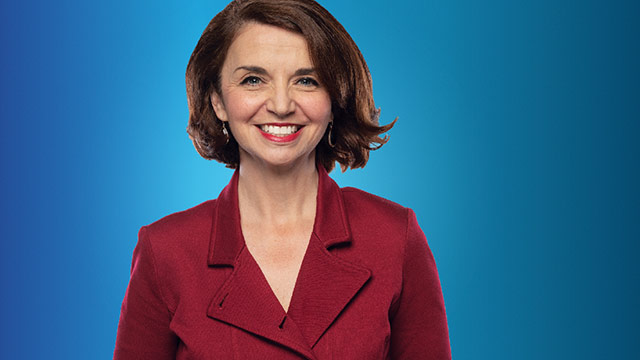 I’ll never forget the heartwarming care and comfort I received.

When I arrived at Orlando Health Orlando Regional Medical Center, I was terrified and doing everything I could to hold it together. But every person who came into my room entered it with a kind and happy demeanor that helped me remain calm. They were caring for my heart and didn’t even really know it.