The Flu Shot: Your Best Chance Against Influenza, Despite Skepticism 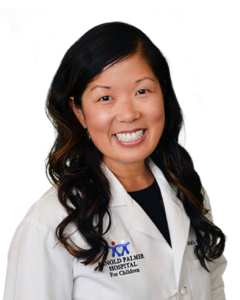 When a child gets the flu, they’re not only sick in bed for a week or more, but the illness also can have serious or life-threatening consequences. During the 2018-2019 season, 138 children died after contracting the flu. Despite the consensus of the medical community, a national survey by Orlando Health Arnold Palmer Hospital for Children found that a shocking number of parents still are skeptical about the safety and effectiveness of the flu shot.

As a pediatrician, I’m aware of the increasing number of myths and misunderstandings surrounding the flu vaccine. People have so many ways to get information — some of which are unreliable. When someone has questions or concerns, I always recommend they talk to a doctor they trust. This way, they can get the right information about how to best protect themselves and their families.

Why Are Parents Skeptical?

Last year’s survey found more than half of parents with children under age 18 believe their child can get the flu from the flu shot. A third think the shot does not protect against the flu. These beliefs are false. Many parents are unaware that it takes about two weeks after getting the vaccine for the body to build up antibodies to adequately protect against the flu. During that stretch of time, a person is still susceptible to contracting the virus.

The parts of the virus used in the vaccine are completely dead, making it impossible to get the flu from the flu shot. When someone gets sick within that two-week time period, they may incorrectly assume that the flu was caused by the shot. It takes time for your body to prepare itself for flu season, which is why I recommend that everyone get the shot as soon as they can. If you’re infected with the flu shortly after getting your shot, your body may not be able to fight it off.

It takes time for your body to prepare itself for flu season, which is why I recommend that everyone get the shot as soon as they can.

Along with the effectiveness of the flu shot, the survey also found many parents question the vaccine’s safety: 30 percent think that the flu shot is a conspiracy, while 28 percent believe it can cause autism.

After extensive studies, we know the flu vaccine is safe. You can’t get autism from the flu vaccine. It’s also not a conspiracy for doctors to recommend the flu vaccine. Doctors recommend it because we know — based on science, research and facts — that it’s the best way to protect yourself and your family against the flu.

When Should You Get the Flu Shot?

With rare exceptions, I recommend that everyone over the age of six months get the flu shot — and the sooner the better. If given the choice, receiving the shot is more effective than using the nasal spray form of the vaccine for prevention. One more thing to keep in mind: If your child is under the age of 8 and it’s the first time they’ve received the flu shot, they will need two of them, spaced one month apart. This is done to build up necessary resistance.

Remember, getting the shot not only helps protect those who receive it, but also vulnerable populations, which includes infants. They can’t be vaccinated and are more likely to experience serious health effects from the flu. By getting everyone in your family vaccinated, you’re helping keep your community safe and healthy.

Choose to Reduce Your Risk

Find out what you need to know to protect yourself and your family from the flu this season.

Learn More
Work Your Day Like a Pro Athlete
Getting Ready for a Triathlon? A Professional Trainer Shares His Tips

Why Do I Need to See a Mental Health Counselor?

Are You Experiencing Dizziness? It Could Be Your Ear

Most Recent | Screenings and Diagnostics

It’s Not Funny When Your Elbow Hurts

Information will update every 5 minutes. ER Wait Times are approximate and provided for informational purposes only. Estimated Wait Times as of: Friday, January 24, 2020 2:52 AM