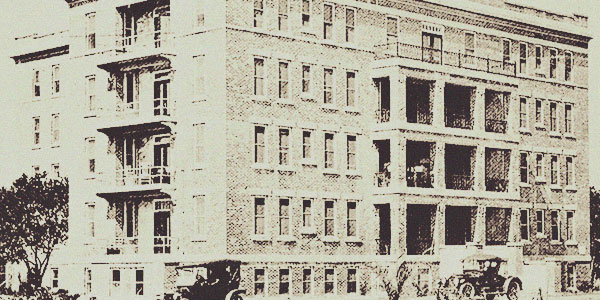 A Tradition of Caring and Healing

Orlando Health was founded in 1918 on the heels of World War I, in the midst of the Spanish Flu epidemic that raged across the world. Orange General Hospital, as it was known then, was supported financially by community members and a dedicated group of doctors. This former 50-bed, unairconditioned hospital now boasts 1,780 beds and includes the incomparable Arnold Palmer Hospital for Children, the innovative Winnie Palmer Hospital for Woman & Babies and the world-class Orlando Health Cancer Institute.

Today, we are one of Florida’s most comprehensive, not-for-profit organizations. Still a community-supported hospital organization, we serve the healthcare needs of nearly 2 million Central Florida residents and more than 4,500 international visitors annually.
What you will find when you enter any of our Orlando Health facilities is an attention to patient and family comfort that is unmatched anywhere. As part of the Central Florida community, our team members take great pride in treating patients as we would our own family - with extraordinary skill, the best technology and compassionate care.

Information will update every 5 minutes. ER Wait Times are approximate and provided for informational purposes only. Estimated Wait Times as of: Friday, January 27, 2023 4:08 AM